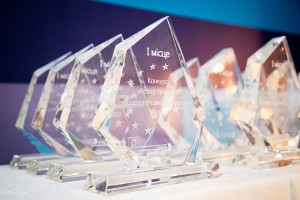 The winners of the competition were represented in three categories: “Practices of development based on original strategies, projects, and resources”, “Building a safe life environment”, and “Inclusiveness in regional and local development”.

Three PLEDDG pilot regions – Ivano-Frankivsk, Vinnytsia, and Poltava regions – have made the top of the winners list. Furthermore, Ivano-Frankivsk region turned out to have the highest percentage of successful practices (42,9%).

The project of Ivano-Frankivsk City Council “Smart Tourism in Ivano-Frankivsk”, which won first place in the category “Practices of development based on original strategies, projects, and resources”, had been developed in cooperation with PLEDDG Project. In the framework of the project, implemented with financial support from PLEDDG’s Democratic Governance and Development Initiatives Support Fund , there had been developed a mobile app “Visit Ivano-Frankivsk”. This mobile app provides useful information on local historical landmarks, transport and safety, includes the city’s map, offers tips on where one can have a tasty meal, do shopping or leisure activities, as well as contains valuable information for the city residents about the local Administration Service Center and news from local authorities. The app is free of charge and user-friendly. The purpose of the mobile app was to help increase the tourist potential of Ivano-Frankivsk and enhance its tourist attractiveness.