On November 22-23rd, PLEDDG held the 2nd International Conference on Inclusive Business Development. The event became a follow-up to the first inclusive business development conference that took place in November 2017.  The objective of the Second International Conference on Inclusive Business Development was to increase awareness of representatives from Ukrainian cities of new approaches to inclusive business development through the analysis of successful Ukrainian and international cases of innovations and investments. 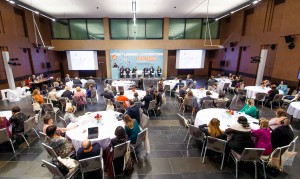 The first Conference day was dedicated to the analysis of the state-of-the-art of development and changes to inclusive business development in Ukraine, Canada, and European countries. A special attention was given to businesses set up by women, young people, ATO veterans, internally displaced persons, and global innovations and investments. The second Conference day saw a panel discussion with participation of representatives of international and Ukrainian financial institutions and programs aimed at supporting inclusive business development in Ukraine. The participants discussed social functions of inclusive business for addressing employment opportunities for women, young people, and other societal groups underrepresented in the business sector. 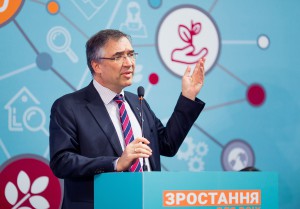 Ambassador of Canada to Ukraine Roman Waschuk was a special guest of the Conference. He called on the participants to apply Canadian best practices in social entrepreneurship and innovations, having mentioned, as a side note, PLEDDG’s role in the study and replication of Canadian experience in Ukraine, which was made possible thanks to PLEDDG-organized study trips to Canada for representatives from PLEDDG partner cities.

Another representative of the Embassy of Canada to Ukraine – Karim Morcos, Head of Development Cooperation of the Embassy of Canada to Ukraine, – reminded the attendees that Canada was a leader in gender equality and inclusive development, which made its experience particularly valuable. In his opinion, Ukraine should create opportunities for investors to develop viable social projects. That was where the Canadian experience would be an asset, with its newest approaches to the solution of social issues, such as social funding and social innovation. 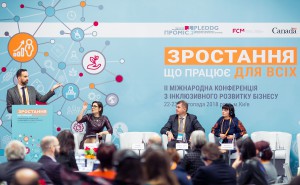 Deputy Minister of Youth and Sports of Ukraine Oleksandr Yarema and Deputy Minister of Social Policy Natalia Fedorovych represented central executive bodies. Oleksandr Yarema spoke about priorities of the policy held by the Ministry of Youth and Sports of Ukraine, including, among other things, ensuring employment for young people and creating opportunities for fulfillment of their potential in Ukraine. Mr. Yarema reminded the attendees that, to this end, in March 2016, a Covenant for the Benefit of Youth was signed, bringing together more than 100 Ukrainian and foreign companies. The key provisions of the Covenant included the creation of new jobs focused on young people employment, new exchange programs and partnership between businesses and universities for the purpose of adaptation of educational programs to respond to the labor market needs.  Natalia Fedorovych, in her turn, put an emphasis on the importance of social adaptation of vulnerable population groups, in particular, ATO veterans. Deputy Minister noted that the topical issue also referred to professional retraining of ATO veterans and ensuring opportunities for them to complete training courses and acquire other occupation. In Ms Fedorovych’s opinion, the pilot regions of PLEDDG Project had potential for implementation of such initiatives. 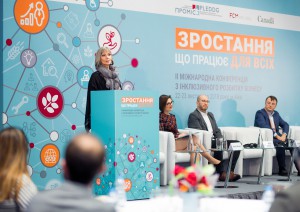 During the conference a new phenomenon in economy known as impact investing was discussed. Canadian expert Lynn Davis explained that impact investing was an approach to addressing social and ecological problems while receiving financial benefits. The expert noted that as a global society, we are facing many challenges which traditional business models are not able to solve. Specifically, we could not disregard environmental problems and the condition of vulnerable population groups anymore. Therefore, the inclusion of the social goal into the “DNA” of an enterprise would allow for solving a grate deal of topical issues, whereas the enterprises would be able to gain from their activity.

Another foreign expert – Ander Etxeberria, Spain, shared the experience of cooperative movement in his native city of Mondragon, situated in northern Spain. This movement united a series of autonomous cooperatives owned by the people who work there. 10 % of incomes of those cooperatives go to the development of public projects. 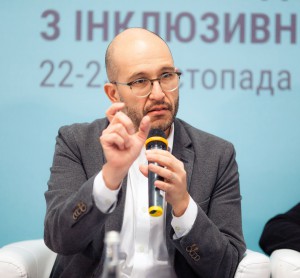 Raphael Costa, Director of Business Center in Vaughan, Ontario, Canada, spoke about social entrepreneurship in Canada, namely support provided to social enterprises by the federal government and local authorities. According to the expert, an interest in social entrepreneurship in Canada was constantly growing, and the majority of Canadian universities and colleges even had laboratories of social innovations.

Bulgarian expert from the city of Gabrovo Sevdalina Nenkova shared the details of social entrepreneurship development in Bulgaria. The expert pointed out that the Gabrovo municipality supported all types of social initiatives, informed community about the importance of development of social enterprises and supported their development, created incentives for socially important initiatives.

The participants also discussed successful Ukrainian practices. Liudmyla Netskina, Chairperson of the Board of “Harmony” NGO, explained how her organization, with financial support from PLEDDG Project, opened an inclusive nail salon in Vinnytsia where people with disabilities work. She expressed gratitude to PLEDDGE for support, having noted that owing to such initiatives, economic integration of people with disabilities could be ensured. 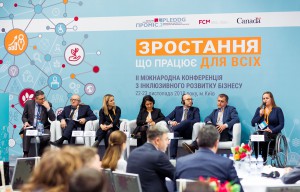 The President of “Vinnytsia Club of Business People” NGO Nadiia Lysetska, when speaking at the plenary session “Women Entrepreneurship: Challenges and Prospects”, encouraged Ukrainian women to take a more active part in economic life of the country and not fear entrepreneurship challenges. Her final statement was that a woman’s home should be the center of her life rather than the limits, which was met with thunderous applause from the audience.

Apart of the plenary sessions, a special fair showcasing the best models of inclusive business development was held. The fair featured as follows: 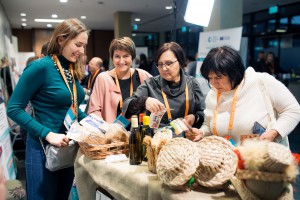 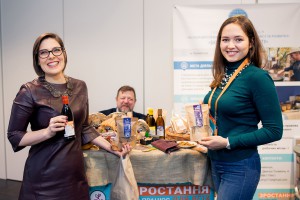 The conference closed with a conference resolution drafted and presented to the participants, which contained practical guidelines for inclusive business development in Ukraine.