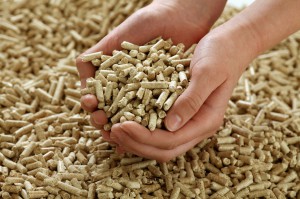 In just a year, Maryna Zverkova, a businesswoman from Pershotravensk, has managed to put her business idea in place and set up eco-friendly pellet production as well as boost her financial independence. This is through both business skills and an advanced knowledge obtained as a result of her participation in events held within the framework of the gender-centered initiative “Women entrepreneurship as alternative for development of one-company cities”. The initiative, of which implementation became viable due to the financial support of the Canadian Government, has already proven its worth.

In 2017, the Canadian-led component of the international technical assistance project “Partnership for Local Economic Development and Democratic Governance” (PLEDDG) jointly with the Association of Ukrainian Cities, supported the implementation of eight gender initiatives aimed at promoting women’s participation in local economic development and reducing gender inequality in terms of access to economic resources and public benefits.

In Pershotravensk, the “Dnipro Institute of Municipal Administration” CG, as part of the initiative, delivered online training entitled “Set up and Develop Your Business” for 20 women. Zverkova took full advantage of this in order to master her skills in setting up and developing her own business.

The issue of self-employment is still topical for Pershotravensk. With 62% of women in 2016 dominating unemployment figures in the city.

Pershotravensk is a one-company city, with the coal industry as the major economic sector. Hence, there the problem of pollution-free fuel usage arises. Having studied the local market and citizens’ needs, Zverkova decided to choose and develop an environmental business in the city. It is exactly the niche that remains un-catered for. Zverkova believes there are a great number of prospects for growing business in the sector.

As such she developed a business plan, “Production Design for Sanitary Wood Pellets”. Pellet manufacturing is waste recycling. If, earlier, the local citizens were heating their houses with gas, now – they prefer using solid fuel boilers. So pellets serve a good alternative to firewood, and they are a cheaper alternative.

“Pellets are an all-new product, as no one in the city manufactures them. This is an environmental type of business which allows for making for efficient use of recyclable materials. These are thinnings, sheared off trees, grass, sunseed husk, and raw wood materials. All these may be used for making pellets. The waste is preformed and can be used as fuel for solid fuel boilers. All this is eco-friendly,” Zverkova says.

Over five years, she has worked with local entrepreneurs. So she has met with likeminded people who are also ready to work with waste. Her business plan is developed with these investors in mind.

Zverkova was taking part in training online. During the lessons, not only were participants, jointly with trainers, working on business-plans but also carrying out risk analysis for their projects, operation, and audit. The women dealt with data not only theoretically but also made practical calculations for various cases.

“I was interested in taking part in the project. We were being consulted by experts who helped us choose the right direction for our business plans. We were rewriting, adding to and improving our projects many times over. Personally, I had to modify my project three times to make it perfect,” she notes.

Zverkova’s business plan offers several services. Specifically, she has made provision for sources of material for pellet production. Pellets can be made of wood, grass, and other materials. Dry wood, waste wood, etc. can be used as materials for pellet production as well. What is more, for a long time, no one maintained the woodland belt in the vicinity of the city, but due to Zverkova’s project, in a short time, such services are going to be restored with the assistance of local government.

“We are going to get in contact with village councils and RPA for entering into contracts with them in order to jointly provide services on clearing out woodland belts,” Zverkova reports.

In the city, there are a lot of dry hazardous trees to be cut down. Thus, there will be a parallel program to cut such trees down. Deadwood is a suitable material for pellet production. Dried grass can also come in handy. There will be parallel cleanups of the sites which had been allowed to grow wild for many years.

Both new and updated equipment is also required for smooth pellet production. The costs and profit potential have been allowed for in the business plan. An industrial facility has been found for Zverkova’s idea and will be put into use as well: this is a unit within the territory of a closed mine. The premises are currently being renovated and brought up to specifications; a business sponsor is ready to put Zverkova’s idea into practice as well.

___
*Pellets are pelletized fuel material – biofuel made of peat, wood waste, and agricultural wastes or of coal.