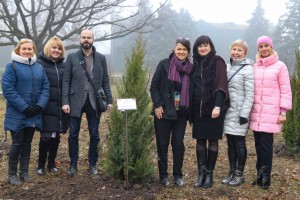 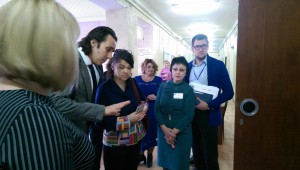 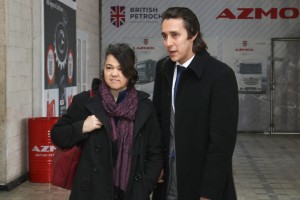 The representatives of the Embassy of Canada to Ukraine, PLEDDG managers and experts had a visit to Berdyansk. Berdyansk has been cooperating with the Canadian international technical assistance project Partnership for Local Economic Development and Democratic Governance (PLEDDG) since 2015. In Ukraine, it is implemented by the Federation of Canadian Municipalities with the financial support of the Global Affairs Canada.

In general, with the support of Canadian partners, 11 initiatives and projects are being implemented in Berdyansk. Among them: improvement of the quality of administrative services, improvement of communication between the government and society, healthcare improvement projects. In particular, procurement of patient monitors, creation of a modern training center, the modernization of the children’s polyclinic of Berdyansk territorial medical association.

As the head of the Canadian delegation Deputy Head of Development Cooperation of the Embassy of Canada to Ukraine Bronwyn Cruden stressed that Canada’s assistance to Ukraine is quite understandable.

“Helping Ukraine, we help ourselves. In addition, I have always said that by providing assistance to Ukraine, Canada only returns what Ukraine once gave it. 1.3 million Canadians are of Ukrainian origin. Much of what we know about cooperative development in agriculture comes from those Ukrainians who once moved to Canada. Therefore, in general, it is the help of former Ukrainians to the Ukrainians themselves. And we are only a transmission link in this process,” Bronwyn Cruden said.

Today in the framework of the 2021 City development strategy it is planned to implement 82 projects in the such directions as the development of health and tourism, business development and investment attraction, infrastructure development and environmental protection, effective governance and activation of society.

One of the most successful projects, according to the opinion of the Mayor’s office, is “Implementation of Public Budget” on which UAH 1.5 million is allocated annually. Every year the number of participants is growing: both those who submit projects and those who vote for them.

Among other successful examples of cooperation with Canadians is the implementation of the project “Video Surveillance on the Streets of Berdyansk is the Key to Safe Tourism”. Since 2015, 20 surveillance cameras have been installed in Berdyansk. And recently, within the framework of the Canadian project 5 more special cameras and equipment were installed. 3 cameras for license plate recognition, 1 camera for facial recognition. According to the mayor’s office, the accuracy of recognition is 98%. Thanks to these video cameras in 2018-2019, 196 offenses, including criminal ones, were disclosed.

Finally, the guests were shown an example of industrial tourism implementation in Berdyansk on the example of AZMOL British Petrochemicals. Recently, the leader of the petrochemical industry in Ukraine and Eastern Europe is actively involved in public and social projects, arranging, among other things, open tours of the enterprise. Guests from Canada got acquainted with the rich history of the plant, visited industrial facilities and local park, founded in mid-90s by German specialists. And traditionally planted their tree.

More information in the video (in Ukrainian):