On March 12-13th, 2019, as part of PLEDDG Project, the international conference “Ukraine’s Place in the World: Municipal Marketing and Branding” took place in Kyiv, Ukraine. In the course of the two-day conference, both theoretical and practical aspects of municipal marketing and branding were discussed. The conference brought together representatives of Ukrainian central executive bodies, local governance bodies, NGOs, and Ukrainian and foreign experts.

Talks moderated both at the plenary sessions and open discussions touched upon the following topics:

In addition, as part of the conference, a range of group discussions and masterclasses on municipal branding and marketing were conducted by leading international and Ukrainian experts and practitioners with considerable experience in marketing and branding, particularly in investments and tourism promotion. 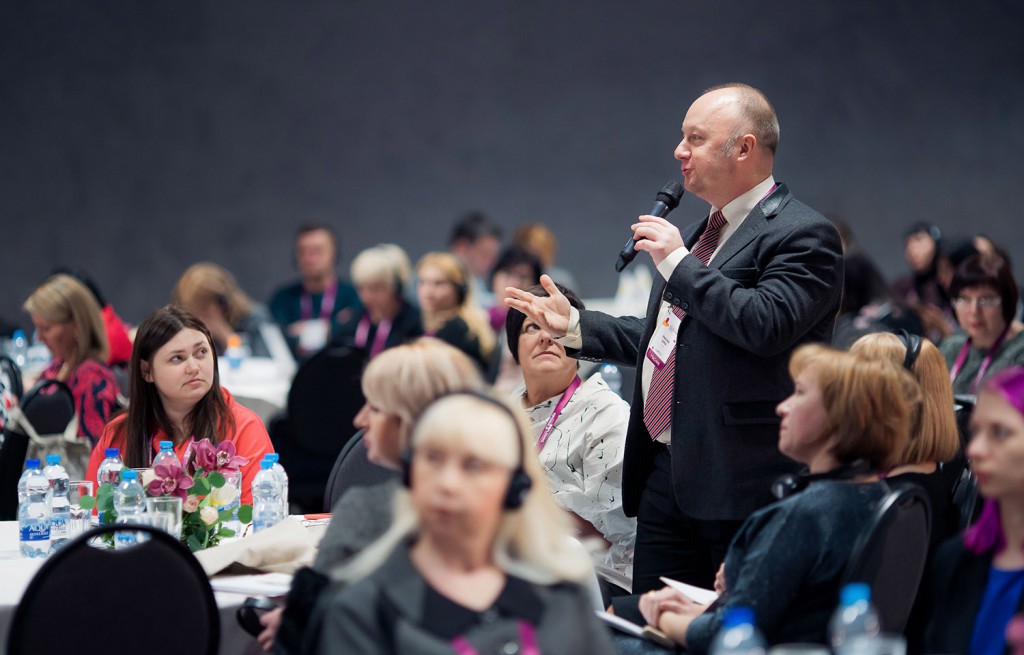 The conference was opened by PLEDDG Director Oleksandr Kucherenko, Executive Director of the Association of Ukrainian Cities Oleksandr Slobozhan, and Government Expert of Expert Group for Interaction with Institutions of the Council of Europe of Directorate of Development of Self-Governance, Territorial Organization of Power and Administrative and Territorial System of Ministry of Regional Development, Construction, and Housing and Communal Services of Ukraine Ruslan Popiuk. In their speeches, they stressed on the importance of branding and marketing of territories in the time of global competition, when cities were competing with each other for residents, recourses, and investments. In order to be competitive at the global market, it is not enough for a city to be investment-attractive one with high living standards, rich history and culture. A city must be able to present itself, to advertise and attract, in order to draw potential investors and tourists’ attention. Such aims may be achieved due to knowledgeable marketing and branding of cities, which, in the long run, will lead to effective local economy development. 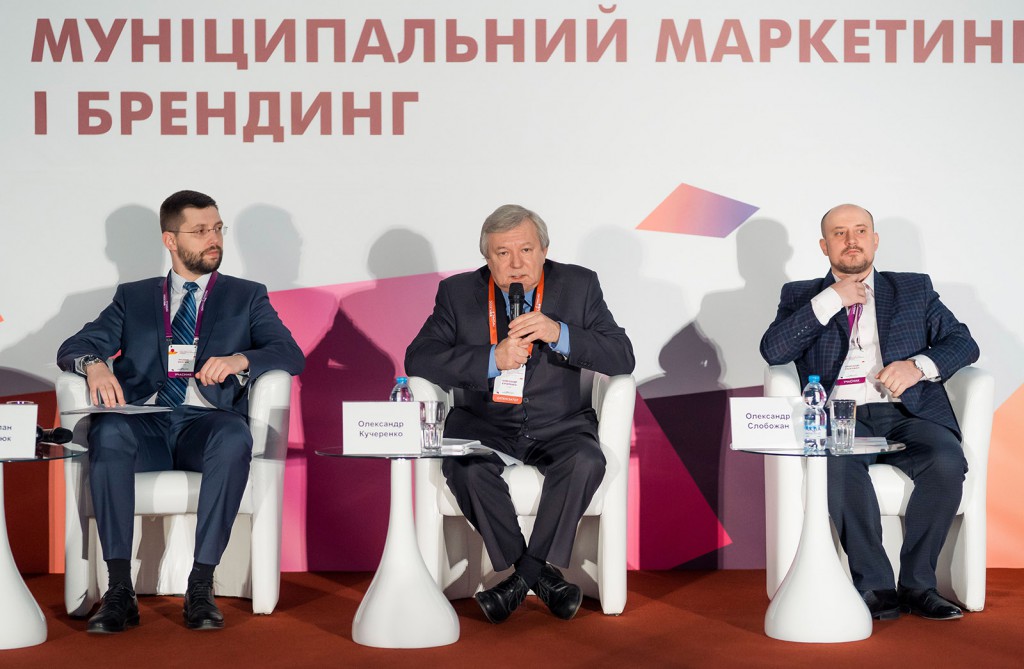 The first plenary session in the framework of the conference started with defining Ukraine’s place in the world and discussing national branding and marketing initiatives. Artem Bidenko, State Secretary of Ministry of Information Policy of Ukraine, presented CMU’s initiatives for promotion of Ukraine on the global stage; in particular, he reported on which key messages about Ukraine were used, what key markets were, which marketing instruments and campaigns came to be widely used, how exactly promotion of the “Ukraine NOW brand” was ensured, which, as Artem Bidenko defined, was an umbrella brand of Ukraine featured in all communication channels of the government bodies. Ulyana Khromyak, Deputy Director of Ukraine Investment Promotion Office UkraineInvest, reported on marketing for potential investors, instruments and campaigns used for attraction of investments to Ukraine. As Ms Khromyak says, when the UkraineInvest team started their work in 2016, it became quickly obvious that many foreign investors did not understand the Ukrainian identity. That is why UkraineInvest was tasked to create the image of Ukraine as a country open for business. Today UkraineInvest keeps working on shaping a positive investment image of Ukraine. 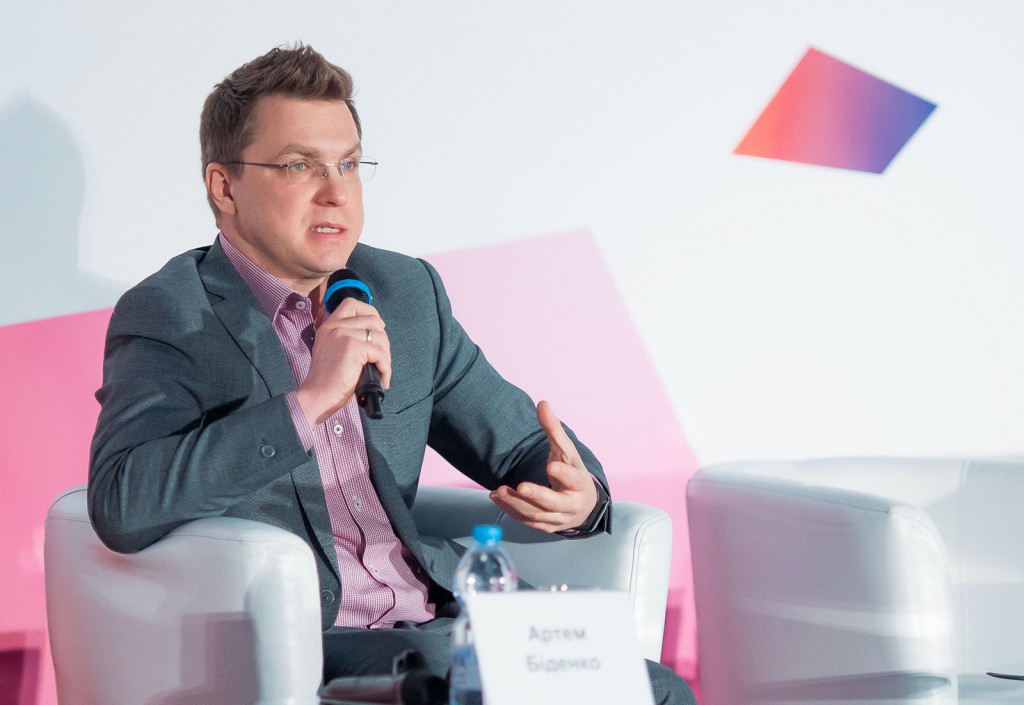 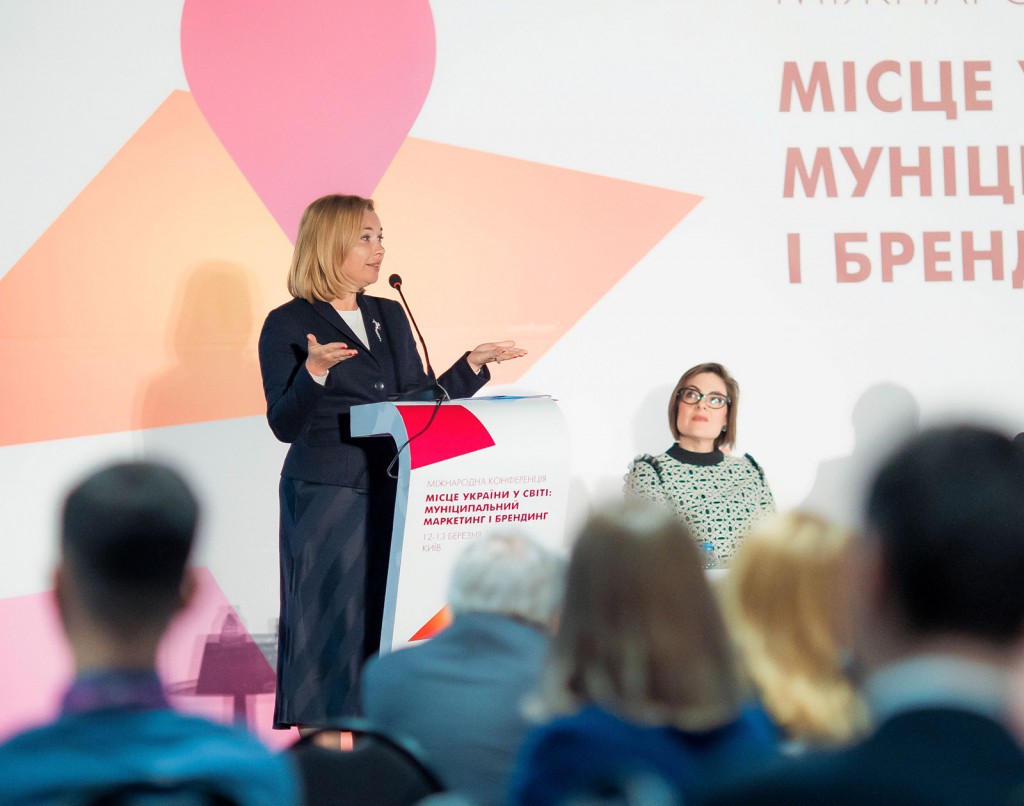 The international experience in municipal marketing and branding, which became the topic of the second plenary session, was represented by Canadian and Polish accounts. Dan Taylor, economic development expert from Innisfil, Ontario, Canada, shared the experience of Prince Edward County. Dan Taylor started his work with the community of Prince Edward County when the territory experienced an economic decline. The community of the county did not understand where to move, as there was no clear marketing identification. That is why the work over marketing strategy and brand-building for the county began with investigation of the county’s assets: what could be sold to investors and tourists. The results of the marketing research showed that cultural heritage, wine-making, which was just starting up in the county, and a fairly good geographic position might become a springboard. Afterwards, a respective package proposal was developed. At the same time, the community of Prince Edward County chaired by Dan Taylor were studying similar experience of other communities and adopted successful practices therefrom.

Kent McMullin, Lead Investments and Local Economic Development Expert, Edmonton, Alberta, Canada, shared how local authorities of Edmonton organized the work with investors, having shared in between some pieces of advice on successful investment marketing. “It is necessary to create a brand that will speak to investors, as a brand serves as a basis for investment activity”, – the Canadian expert assured. Kent McMullin highlighted 4 stages of investment marketing: defining investment potential, creating of own brand, marketing and introducing the brand, development of an investment attraction strategy. 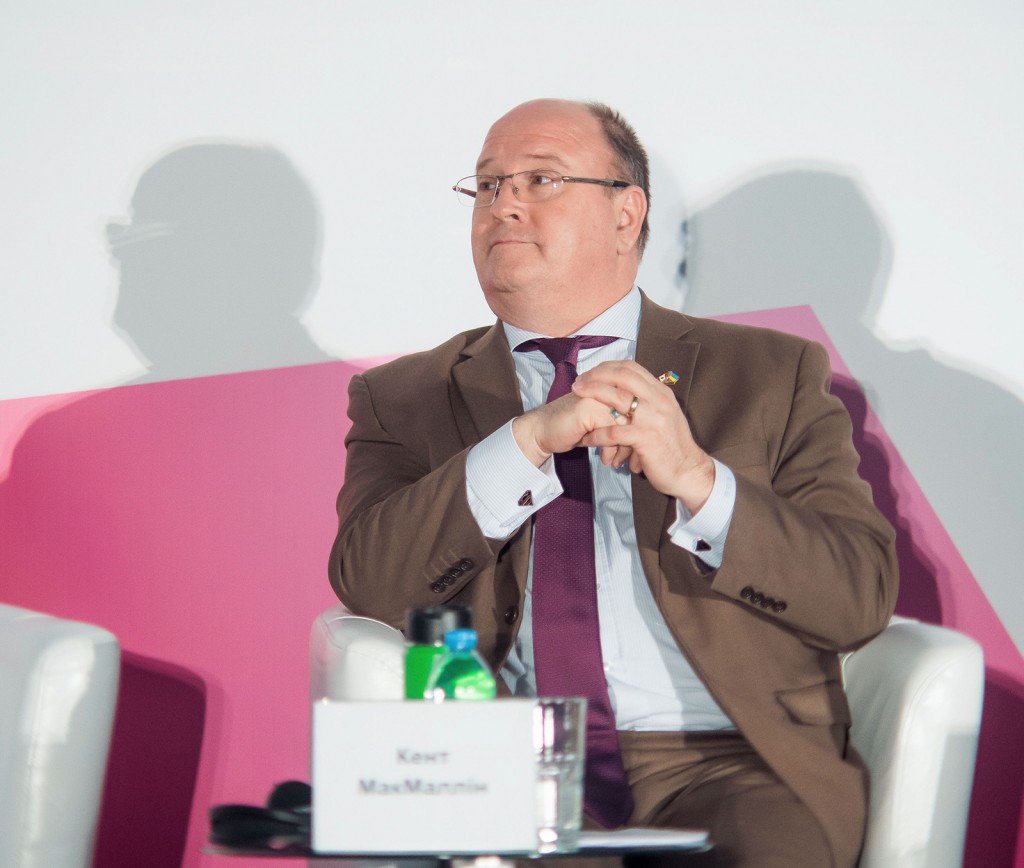 Immensely useful for Ukraine was the Polish experience, as Poland made the way to urbanistic transformations not so long ago. Hubert Koper and Olga Legczylina from the tourist organization in the city of Lodz reported on how Lodz, which had been experiencing economic and cultural decay after the Second World War, had revitalized the city environment and implemented the projects on transformation in tourism industry and marketing activity both at Polish and international markets. 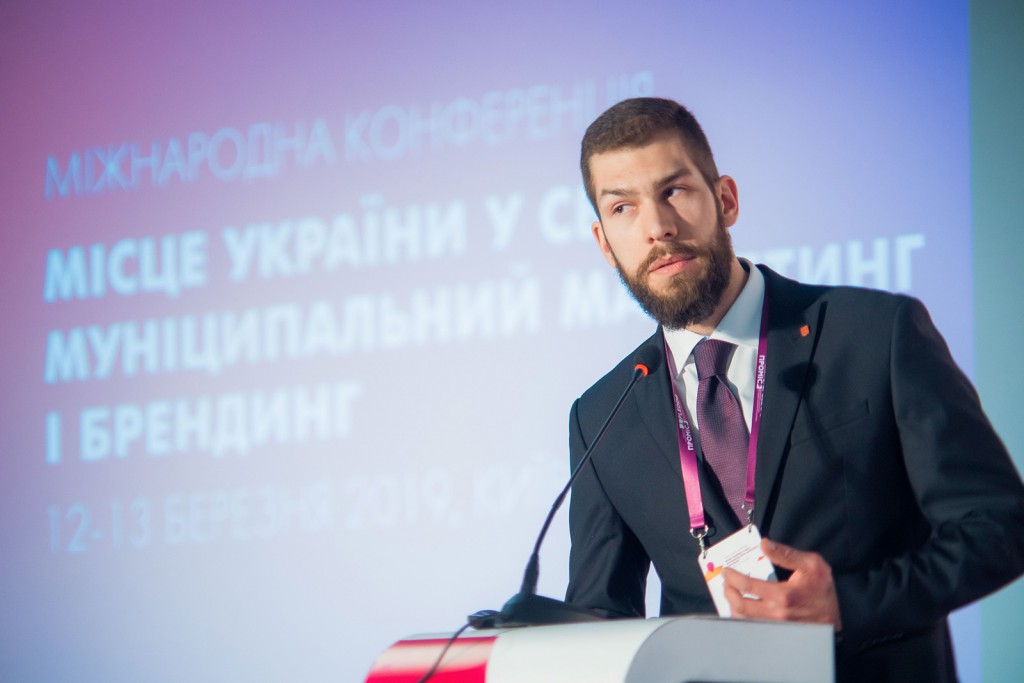 During the third plenary session, the representatives of 4 Ukrainian cities – Lviv, Melitopol, Kryvyi Rih, and Vinnytsia – showed the outcomes of their own marketing and branding initiatives. Ihor Lepyoshkin, who was moderating the discussion, noted that within the framework of MLED Project, which had been PLEDDG’s predecessor that completed in 2014, there was launched the work over development of the city’s brand and marekting strategy in partner city, Kryvyi Rih. At that time the MLED Project team was just starting up the activity in the area of branding and marketing of Ukrainian citites. And now, PLEDDG Project successfully cooperates with 8 partner cities in the field of branding and marketing of territories, providing assistance to partners, including Vinnytsia and Melitopol, to build successful marketing campaigns.

Svitlana Norets, Head of City Promotion Department at Lviv City Council, Iryna Rudakova, First Deputy Mayor of Melitopol, Iryna Chervonna, Head of Department of Local Economic Development of Administration for Economy of Executive Committee of Kryvyvi Rih City Council, and Vitaliy Pogosyan, Director of Economics and Investment Department of Vinnytsia City Council shared the stories about creation, development and management of their cities’ brands. In particular, Vitaliy Pogosyan showed Vinnytsia’s Marketing Strategy, which objective was to enhance implementation of the Program for Facilitating Investment Attraction and the Program for Support of Small and Medium-sized Entrepreneurship. Both documents were developed by the city’s authorities in close cooperation with PLEDDG Project. 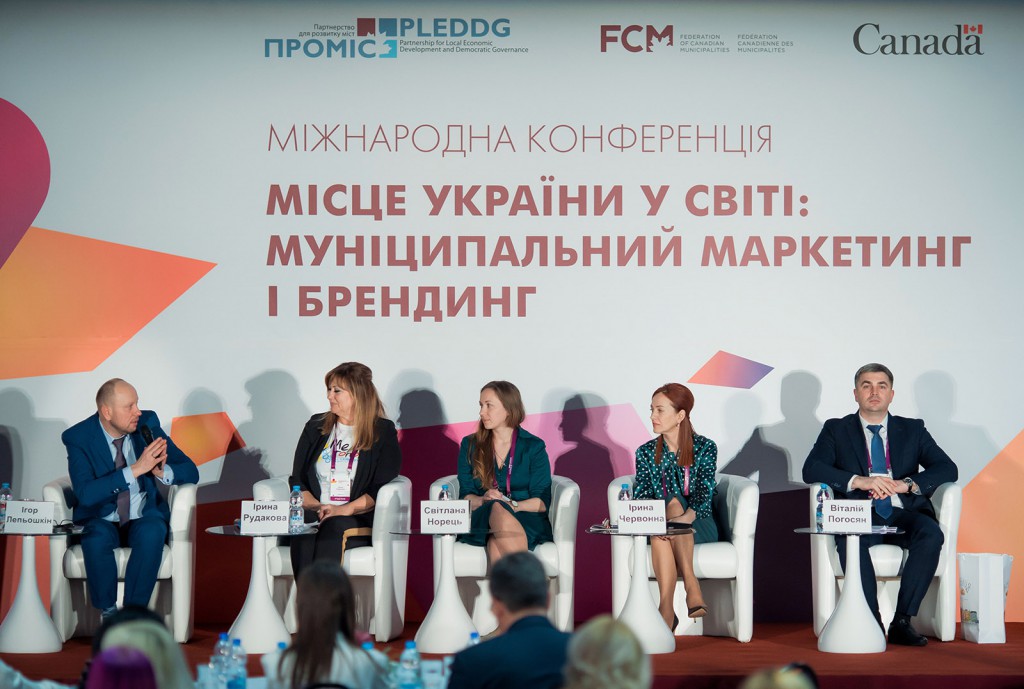 As part of the conference, there was held a brand-show, where the participants familiarized themselves with exhibition stands of the cities active in marketing and branding activities. In particular, cities such as Vinnytsia, Berdiansk, Horishni Plavni, Lviv, Enerhodar, Ivano-Frankivsk, Melitopol, Kryvyi Rih, Yaremche, Ternopil, Nova Kakhovka, Myrhorod, Dnipro, and Drohobych showcased their branding products. 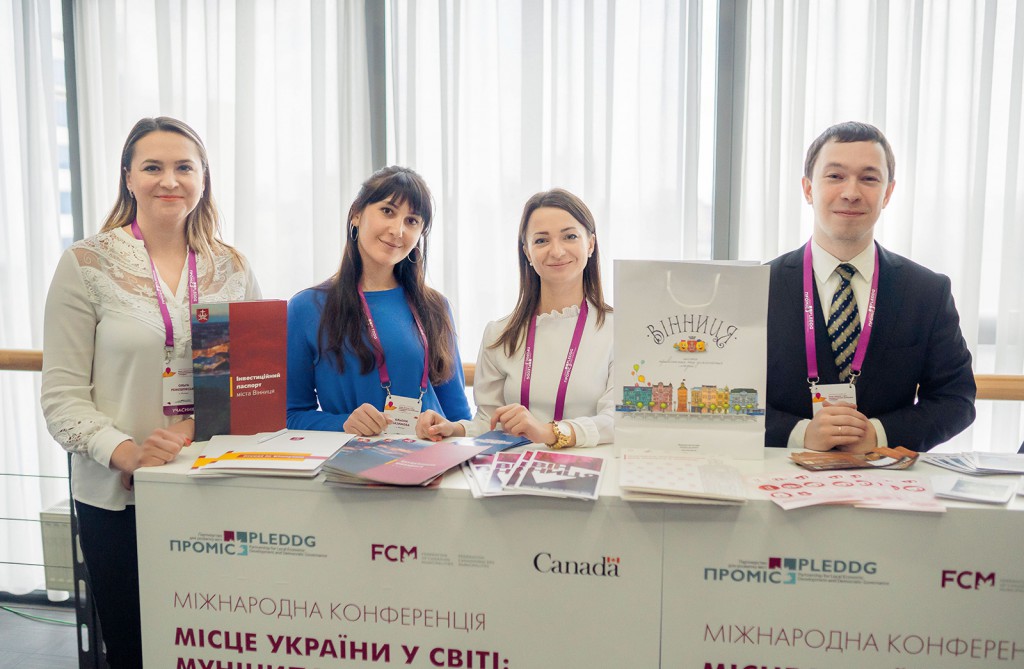 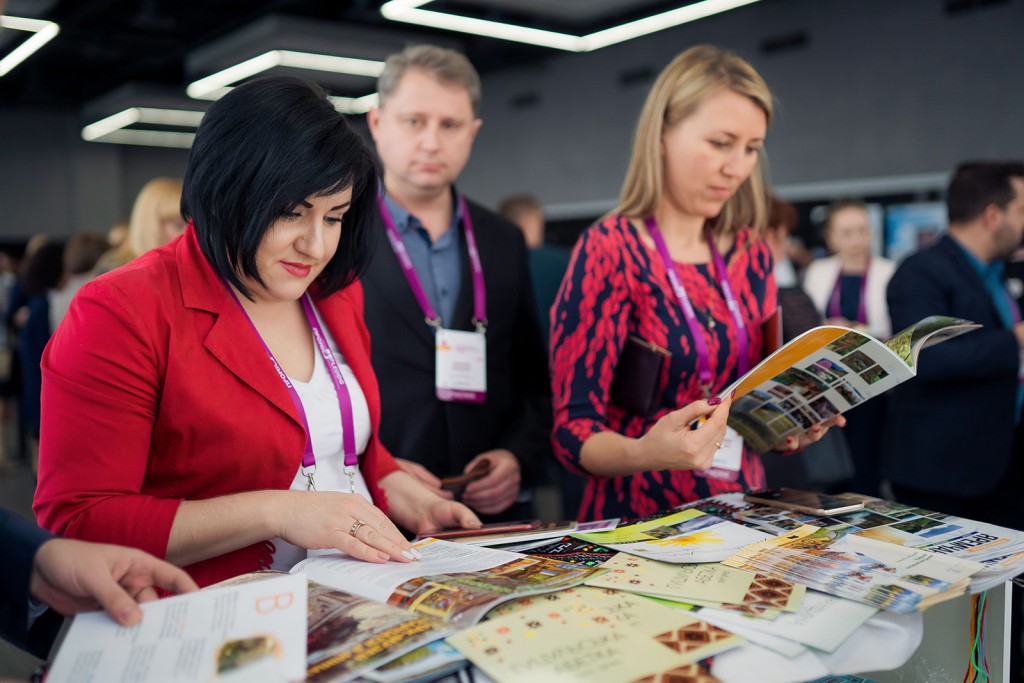 On the second day of the conference, discussions were conducted in small groups. The first group chaired by Kadie Ward, PLEDDG Senior Governance Advisor, discussed advantages and opportunities of tourist marketing, whereas the second discussion under the guidance of Ihor Lepyoshkin, PLEDDG Senior Expert, Head of Experts Group, focused on investment attraction marketing. After activities within small groups were completed, the participants proceeded to join two master-classes: “A Brand’s Father”, delivered by Oleksandr Shumylo from the independent creative company “FEDORIV”, and “Branding of Cities and Territories“ by Tetiana Boyko, Specialist on Strategic Development, Marketing and Branding of Territories. 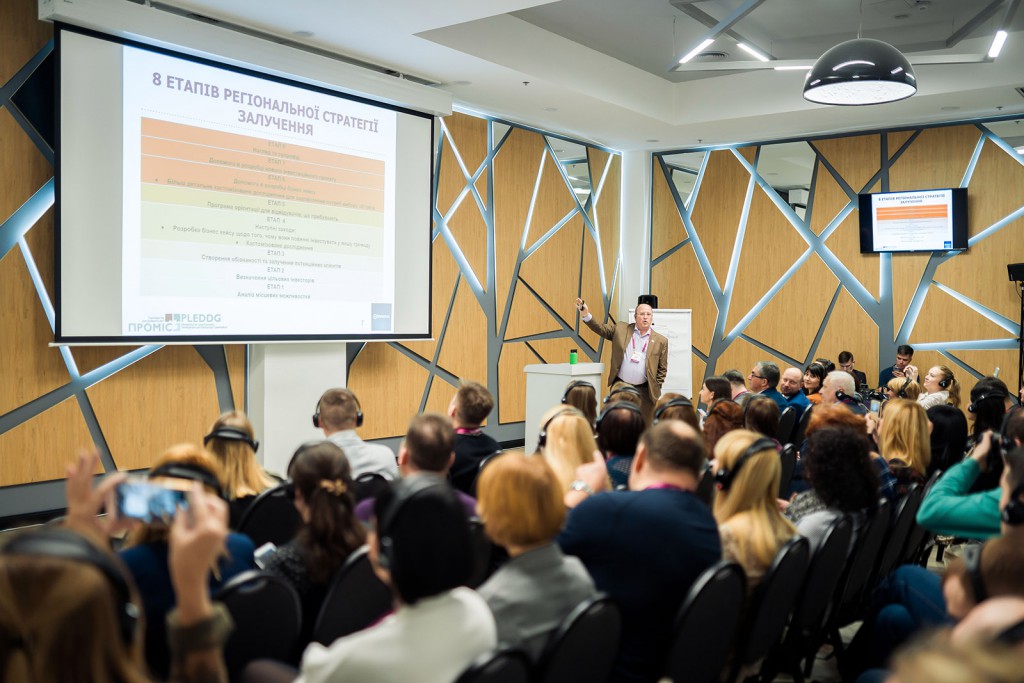 The conference “Ukraine’s Place in the World: Municipal Marketing and Branding” presented representatives from various Ukrainian cities with a unique opportunity to exchange knowledge and experience in municipal marketing and branding, receive professional advice from leading Ukrainian and foreign experts, and forge new partnerships.