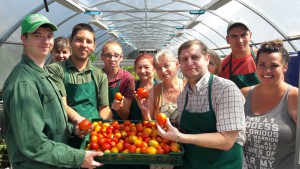 In the village of Dorozhne, Vinnytsia region, the Association for Protection of Rights and Assistance to People with Disabilities “Open Hearts” NGO equipped a greenhouse on the grounds of the Social Workshops. This was made possible through the project “Creating inclusive conditions for employment of young people with severe disabilities based on the Social Workshops’ greenhouse business”, with the financial support of PLEDDG’s SME Support Fund.

The greenhouse’s activity not only contributes to greenhouse growth in the region, but it also has an important social mission by encouraging young people with disabilities to engage in social and economic life of the local community. Greenhousing in Dorozhne is an inclusive business that provides employment opportunities for young people with severe disabilities. Besides, the Association for Protection of Rights and Assistance to People with Disabilities “Open Hearts” is planning on sharing its positive experience at regional and national levels.

It is harvest time in the greenhouse now: the crops are being collected from the cultivated seedlings. According to the coordinator Anna Priadkina, they have already gathered about 500 kg of tomatoes only. More than 50 families, who are the organization’s customers, received the greenhouse seedlings and are now growing vegetables on their own land plots, engaging their mentally disabled children in this activity. The greenhouse owners are planning to open a social shop by October to sell their produce there.

Mothers with children with disabilities frequent the greenhouse: together with their children, they have received specialized training on greenhousing. They say that their children have shown enormous behavioral and psycho-emotional improvements, which became possible through their participation in the greenhouse’s activities. The mother of a 25-year-old boy with disabilities says about her son’s success: “We have given up pills absolutely, as well as our treatment in a mental health facility; instead, we make efforts to engage our son in various projects at the “Open Hearts”, which is helping him become more independent, socially active, and feel important. He likes it immensely! He is eager to work, and works really hard! I am grateful to the “Open Hearts” and PLEDDG Project for giving my son an opportunity to feel no different to everyone else!”. 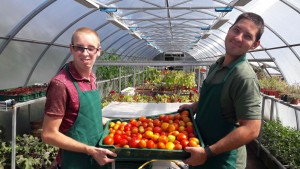 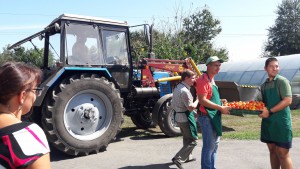 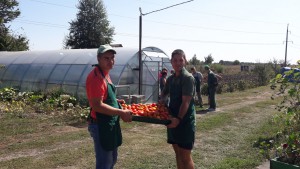 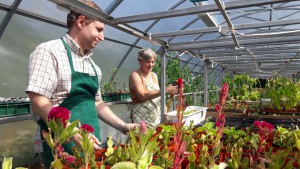 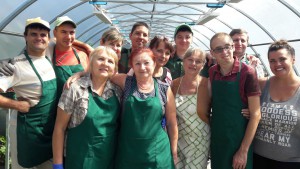 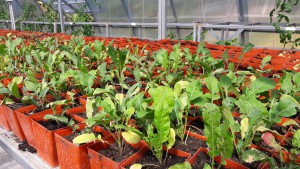 The material has been provided by Oksana Bondar, PLEDDG Regional Coordinator in Vinnytsia region