‘Climate Ambitions of Cities’ National Forum was held in Lviv

On November 28-29, Lviv hosted the ‘Climate Ambitions of Cities’ National Forum organized by the Ukrainian Climate Network with the support of 350.org, Heinrich Böll Foundation, Bureau Kyiv-Ukraine and PLEDDG.

The forum was attended by mayors of Ukrainian cities, members of the government, scientists, public figures, representatives of PLEDDG and European experts. The participants discussed the role of cities in addressing the consequences of climate impact, the possibility of reducing negative impact of anthropogenic factor on the climate, and world examples of sustainable environmentally sound urban development.

Today, the state of the environment directly affects economic indicators. Unwillingness to pay attention to threatening climate change is a wrong path, which can lead to disastrous consequences not only for the environment, but also for the development of the country.

Now, scientists recognize Ukraine as one of the countries standing on the threshold of the largest environmental threats. Climate scientists are already predicting uneven climate changes that will create new challenges for cities and communities in the future. That is why representatives of the local governments and civil society should do their best to ensure sustainable development at the local level and prevent possible threats at the initial stage. 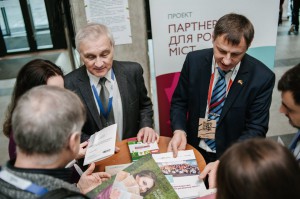 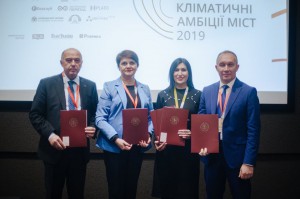 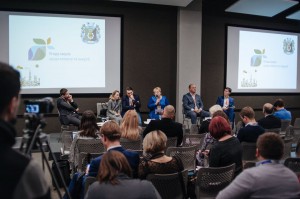