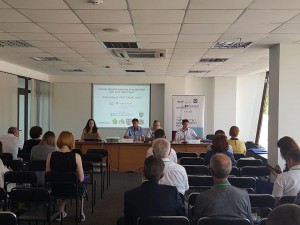 On May 29, in Zaporizhia, the session of the Section of the Association of Ukrainian Cities on environmental sustainability of urban development took place as part of the III Specialized International Ecological Forum. The event was organized by the Association of Ukrainian Cities in the framework of “Partnership for Local Economic Development and Democratic Governance” Project (PLEDDG) being implemented by the Federation of Canadian Municipalities.

More than 30 experts dealing with environmental issues in communities and cities in various Ukrainian regions are taking part in the work of the Section.

The Canadian experience in water resources management became a subject matter of discussion held between participants and Michael D’Andrea, Chief Engineer and Executive Director of Engineering and Construction Services in Toronto.

The Regional Consultant of Zaporizhia Regional Department of Association of Ukrainian Cities Marharita Trypolska noted that the event was being held as part of a large-scale Eco-Forum, convening foreign environmental specialists to Zaporizhia for over several years. She also mentioned that the key points in the Section’s agenda included a review of the household waste disposal policy and separate waste collection problem. 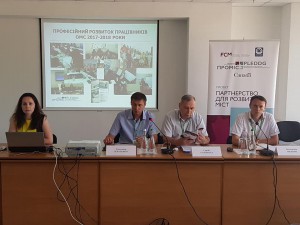 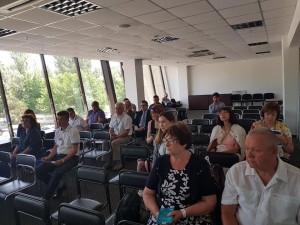 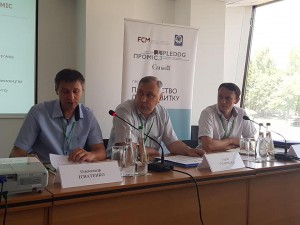