Jam Lady, or an Inspiring Story of a Female Entrepreneur 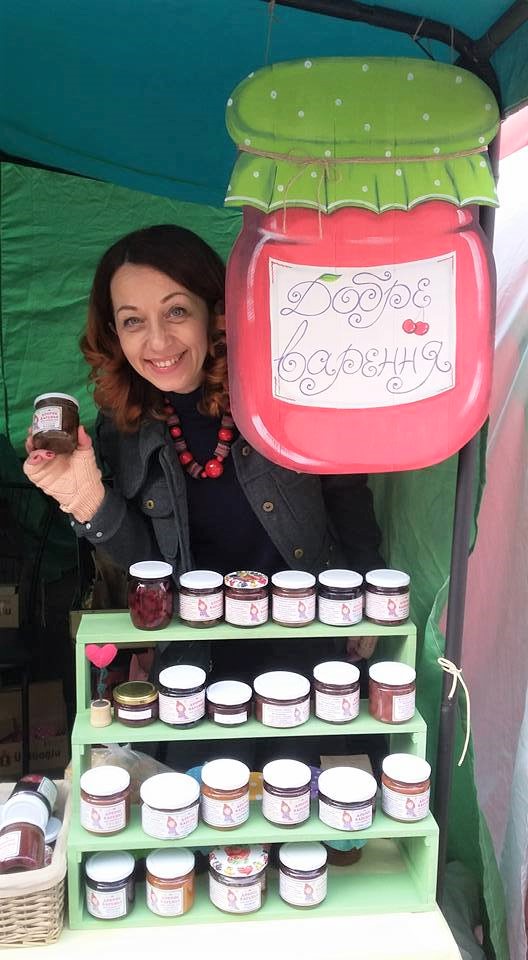 It is not only in Ukraine people are aware of “Dobre Varennia” (Good Jam) made by Chernivtsi-based, Iryna Mykyteiek. Not only does she run her own private business but she gives part of her earnings towards helping others.

Mykyteiek’s participation in a training program organized in Chernivtsi with the financial support of the Canadian Government became a step forward for her. In 2017, the Canadian international technical assistance project “Partnership for Local Economic Development and Democratic Governance” (PLEDDG) jointly with the Association of Ukrainian Cities supported the implementation of eight gender initiatives aimed at promoting women’s participation in local economic development and reducing gender inequality in terms of access to economic resources and public benefits.

Mykyteiek’s success story began with her love of sweets. Iryna Mykyteiek made her first pot of jam two years ago. At that time, she had no idea this would become her true purpose. She says she always made jam at home. She had thought about selling it, but did not how to begin. On her birthday, her friends gave her 150 kg of sugar and ordinary jars. Her closest friends were the first she presented her jam to.

Having become acquainted with members of “Narodna Dopomoha Ukraine” CG, which was directly implementing the gender initiative “Raising women’s activity in the economic life of Chernivtsi community through self-employment”, became a starting point for her business.

The “Narodna Dopomoha Ukraine” CG has been implementing “Chernivtsi Fortel”, a social and artistic platform, since 2014. The platform has been providing support for women manufacturing handmade products and helping them in the promotion of such goods. Thus, women are given the possibility to be self-employed, and, therefore, to earn money.

Women’s job cuts and job search problems are typical across Ukraine. Women need support for them to grow their own business (in handmade). They have to learn how to develop business plans as well as master methods of promotion and marketing of their products via web-resources.

In summer, interested women (aged from 20 to 60) both from Chernivtsi and the Chernivtsi region focused on developing handmade as their own business, and were given special training and advice within the gender initiative framework. Special attention was given to women bringing up two or more children, single mothers, needy families, and internally displaced women from Crimea and the ATO zone.

Mykyteiek became a participant in the training program.

“We were being taught by specialists. We were being told how to promote our own products and how to present them. We were also taught how to work in social media: Facebook, Instagram, Pinterest. These are very state-of-the-art things which one should know for being on trend. I learned how to sell online, namely, at quite a popular present platform – Etsy. It targets a Western audience. That is how I got the possibility to make a name for my product in the US, Canada and Europe,” Mykyteiek says.

Branding and marketing as well as creation and promotion of brands were among the focus areas of the training program. Indeed, under fierce competitive conditions, one needs to create a brand and stand out. It is important to create an individual brand and develop it.

“At first I was afraid to present my products at fairs. When people were walking around and silently looking at my goods, I just didn’t know what to say. At the training, we were honing our communication skills together with experts. After the training, I started studying the market, demand and supply, paying attention to what buyers were interested in. I understood people could make jams themselves but I wanted them to buy my products as a gift. I started to realize what a brand was and chose a name for it. If, at first, it had been an ordinary marker-signed jar, now it has a nice wrap “Dobre Varennia,” Mykyteiek explains.

Not only did the women involved acquire theoretical knowledge but they also gained an opportunity to sell their products.

The products were being sold at admission free fairs, with bazaar places provided by the local government. 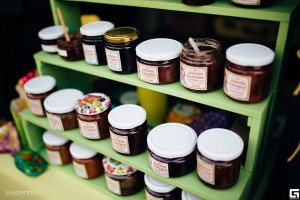 “The local government understands the necessity of such an initiative and its social purpose. Indeed, women can fulfill their potential, employ themselves and be successful at making their families’ life better,” Anastasiia Beridze, director of “Narodna Dopomoha Ukraine” CG, notes.

Mykyteiek is constantly trying things out by making various jams: from traditional apricot preserves – to lemon-and-orange variants. She has involved her family in her business as well. Her relatives give her the majority of the fruit she uses for making jams from villages.

There is still work to be done for Mykyteiek to grow her business. Yet, she has already made her first steps. She engages other craftswomen as well. Together, not only do they make sweet jam for Chernivtsi citizens and others but they also knit warm stockings and mittens, giving a part of their funds raised to homeless people.

Mykyteiek is not going to be complacent. With her products already known in Israel, Italy, Spain, and the US, she intends to continue boosting sales.

“I want Chernivtsi visitors to always take a pot of “Dobre Varennia” with them to their homes,” she says.
﻿