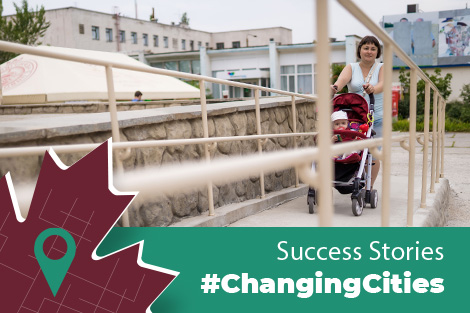 The City of Enerhodar has launched innovative solutions involving the public in local decision-making as well as promoting self-organization and win-win cooperation with local authorities and utility companies. Since 2012, the East Europe Foundation has been implementing the project ‘Open City: Increasing Citizens’ Participation in Local Development’, while the initiative in Enerhodar has been made possible with support from the PLEDDG Project.

The central tool of the project is the interactive web platform ‘Open City‘, where registered residents contact the local authorities online. This goes a long way in simplifying communication and facilitates feedback between applicants and the relevant city services. This makes the authorities more accessible to citizens and more transparent in what they do.

Enerhodar is the 24th out of 72 Ukrainian cities that have joined this platform so far. Owing to ‘Open City’, proactive residents of Enerhodar can improve the living conditions in their own city by reporting any pressing problems with a social impact. 907 residents of Enerhodar have registered on the platform so far. The majority of requests concern renovations (building roofs, sidewalks, city roads, playgrounds, heating, water and power supply systems in buildings or separate residences), elevator and lighting repairs, etc.

“Since the platform was launched in 2016 and up till now, citizens left 937 petitions on the portal. Most of them report problems, while others mark helpful landmarks on the map. As a result, out of the 764 problems registered by citizens, more than 625 have already been solved, and the others are pending resolution”, says Pavlo Muzyka, Mayor of Enerhodar.

For example, residents of a building on Ukrayinska Street reported a broken elevator in their building that has been out of order for an entire year. The problem was solved in two weeks. A resident in Kurchatova Street reported a plugged garbage chute in her building and the problem was successfully addressed in 2 days. The relevant services perform repairs efficiently in response to the majority of meaningful requests from citizens. For instance, bicycle parking and a ramp for people with disabilities were set up near the Suchasnyk Municipal House of Culture.

Local citizen Maryna Pankiv used the platform in October 2019 to report a pothole on 12 Budivelnykiv Ave. Maryna asked the pothole be covered in order to ensure the safety of pedestrians. Relevant municipal services found out that provisional fencing, set up earlier by the Miskzelenbud public utility enterprise, had been removed by unknown persons. The Energodar City Council Communal property department solved the issue promptly, having thanked Ms Maryna for mindfulness and non-indifference.

‘Open City’ enables citizens to draw attention to pressing problems of the city, the local authorities to promptly respond to them, communities to self-organize, and local business and civil society institutions to plan social initiatives based on the public’s actual needs. The platform lets users describe the problem, mark it on the map, and submit an online request. This takes no more than 15 minutes. It is expected that a representative of the designated organization will begin processing the request within 3 business days and eventually mark the problem as solved or close the request with an explanation of reasons.

“The portal was originally developed for small towns that lacked the resources for such projects, but it met with a great deal of interest from medium-sized towns and big cities. So far 72 Ukrainian cities have already connected to the platform (in particular 9 oblast centres and 7 amalgamated territorial communities), with over 14,000 users and 1000 organizations,” says Oleksandra Pidenko, program coordinator with the East Europe Foundation.

Some cities are happy with the available channels of communication with residents and believe ‘Open City’ to be redundant. Meanwhile, for the more progressive cities, Enerhodar included, the platform is an essential tool for communication and demonstration of the openness of the authorities. Enerhodar initially experienced certain difficulties in the way the platform was received by the local authorities. However, it was implemented swiftly as soon as the decision to launch it was made. This was facilitated primarily by dedicated cooperation between city council employees and the non-governmental organization Agency for Local Development of Enerhodar. Their synergy and proactive position ensured effective training for employees of utility services and an awareness raising campaign for Enerhodar residents. Several training workshops were also held as part of the ‘Open City’ project to teach Enerhodar City Council employees and initiative groups of local residents to use the web resource.

“The level of activity of the participating cities on the platform depends on a number of factors. The principal contributor is the political will of the local authorities to ensure effective review of requests by utility companies as well as grassroots support. Enerhodar is active and exemplary in this regard. An illustrative example are the platform statistics and the city map where the number of requests submitted and reviewed can be seen. They are appear in a dense pattern across all districts and streets,” adds Oleksandra Pidenko.

Implementing e-governance is an essential component of public administration reform currently in progress. It is aimed at improving cooperation between government agencies and the population, minimizing corruption, and optimizing resources. Transparency, accessibility, and minimal contact of the man in the street with officials are the key merits of e-services. Ukraine’s first e-democracy platform E-DEM.TOOLS has been recently launched. It combines the most popular e-services: ‘Open City‘, ‘Unified System for Local Petitions‘, the services ‘Participatory Budget‘ and ‘E-consultations with the Community’. The PLEDDG Project is actively supporting the partner cities as they implement direct democracy tools. In addition to ‘Open City’, Enerhodar has also launched the participatory budget and an e-petitions system.

With backing from the PLEDDG Project, the ‘Open City’ system has been already rolled out in 8 partner cities: Dolyna, Kolomyia, Myrhorod, Kremenchuk, Zaporizhia, Enerhodar, Melitopol, and Vinnytsia. The PLEDDG Project is helping cities embrace the ‘open government’ model and offers efficient tools for cooperation between the authorities and the public.

The PLEDDG Project provides comprehensive support of open governance tools to 16 partner cities in 4 oblasts of Ukraine. Among other things, it helps local government agencies build an ‘open government’ model comprising such components as involvement of citizens in both planning and decision-making, transparency and accountability of the authorities, and availability of quality administrative services. One of the tools of this model is the ‘Open City’ platform that has already become integral to effective communication between residents and government officials in many Ukrainian cities. 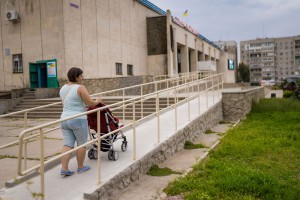 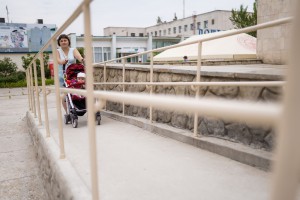 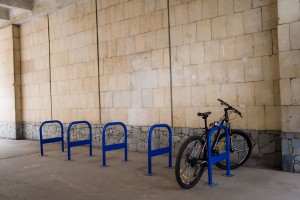 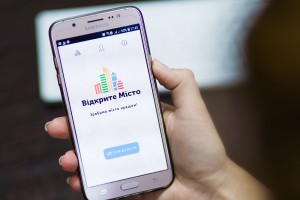 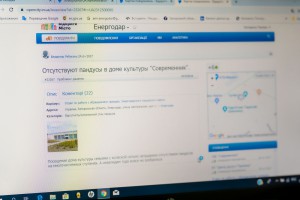 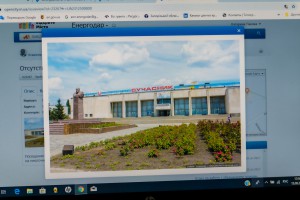 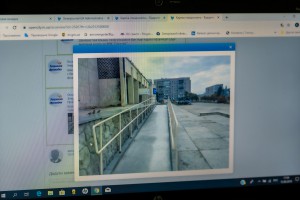