SMART Tourism: All Information about Ivano-Frankivsk in a Single Mobile App 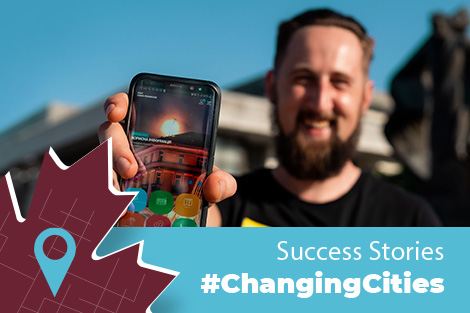 For several years, the Ivano-Frankivsk Region has been the top performing Ukrainian region in tourism income. In 2018-2019, Ivano-Frankivsk saw an increase amount in tourism fee proceeds, and more than one million tourists visited the city in 2019. In an effort to promote the tourism appeal of Ivano-Frankivsk, the Partnership for Local Economic Development and Democratic Governance Project (PLEDDG) helps the local authorities develop tourism potential, particularly by devising a marketing strategy and the city’s own brand ‘Ivano-Frankivsk – city for life’, as well as creating the ‘Visit Ivano-Frankivsk’ mobile app.

This special pocket guide digital app has had more than 10,000 downloads as of today and was developed as part of the ‘Smart Tourism in Ivano-Frankivsk’ project funded by Global Affairs Canada through the Democratic Governance and Development Initiatives Support Fund of the PLEDDG Project, implemented by the Federation of Canadian Municipalities. The app accumulates all the essential information about the city for tourists and natives of Ivano-Frankivsk alike.

‘Visit Ivano-Frankivsk’ is a free app with a map of the city, information about local historical landmarks, cultural and artistic scenery, transport system, hotels, food service outlets, entertainment and shopping centres as well as contacts for emergency services, hotels and consulates. The mobile app is not just a nifty tool offering travellers an interactive tour of the city, but also a handy guide for local residents as it accumulates the contact details of all City Hall departments, information about ordinances passed by the city council and sends alerts about readiness of documents ordered from the administrative services centre. Also, in response to a popular request, the app has a separate section with addresses of the city’s ATM locations and drug stores.

‘It’s a good thing that we made this app for tourists and not just them, but all those living in Ivano-Frankivsk all their lives. There is a lot I didn’t know about my city and have learned a great deal about its history thanks to this app,’ says Petro Sayko.

The mobile app lets you pick a particular tourist landmark, view extended information about it including photos and plan your itinerary by foot, bike, car, or public transport. The pocket guide can also send smart notifications and give audio tours. To this end, dedicated transmitters have been installed on twenty buildings in the city. Users can fully avail themselves of the app functionality by enabling Bluetooth on their smartphones and standing within reach of a transmitter. They can automatically receive information about the landmark with a calendar of events and listen to an audio tour in the chosen language.

‘Visit Ivano-Frankivsk’ has become a handy alternative for tourists who shun noisy and rushed tours of the city but instead wish to appreciate its ambiance at their own pace. The app is available in Ukrainian, English, German, and Polish, so international guests can use it just as easily. The app also stands out for a rich variety of offline features, interactive design and extended volumes of information.

‘The mobile app will be further improved, filled with additional content and enhanced with new features. Its aim is to make tourist landmarks and products of the city more accessible to both city guests and local residents. City museums offer information about exhibits or other events hosted by them, while cinemas will soon provide their movie screening times. There are also plans to install new transmitters on the city’s historic buildings. It is worth noting that the app was used to give Ukraine’s first ever tours for the visually impaired,’ says Andriy Chaykivskyi, chief of the software and hardware department at Ivano-Frankivsk City Hall and author of the mobile app.

In 2018, the ‘Smart Tourism in Ivano-Frankivsk’ project ranked first in the ‘Best Local Governance Practices’ competition held in Ukraine for the seventh year running using unique Council of Europe methodology. ‘Smart Tourism’ is an integrated and systemic project with three core components: development of the mobile app, production of a promotional video about Ivano-Frankivsk, and creation of a modern public space in the downtown area. The latter – a so-called ‘pocket park’ – has been conceived as cosy space in the city centre filled with one-of-a-kind features and elements that the authors hope will add diversity to the city’s landscape and act as a magnet for visitors.

‘Ivano-Frankivsk currently has a pressing need for those services and infrastructure solutions that could make a tourist choose to stay here a few days longer. This calls for an integrated approach that would encompass as many solutions as possible in both tourism and related sectors. I believe we should devote attention to the development of interactive attractions in the city, creation of unique events and conceptual food service outlets. We also need a far-reaching marketing campaign to inform city guests about the local tourist landmarks and make sure that buildings and premises critical to tourism are accessible’, says Uliana Sydor, director of the NGO Municipal and Regional Development Center’s Resource Center.

Development of the tourism industry in Ivano-Frankivsk is one of the key objectives of the 2028 City Development Strategy developed in 2017 under the auspices of the PLEDDG Project in collaboration with local authorities, business community, and civil society. There are plans to launch new tourist products in the city (festivals, exhibitions, cultural and artistic events, pedestrian and bicycle tourist routes, and a tourist and cultural arts center). Local authorities are actively cooperating with the tourist alliance, with archaeological digs and new museum complexes in the pipeline. Tourism promotion efforts will be funded out of the municipal budget as well as by business entities, international financial institutions, and as part of international technical assistance. 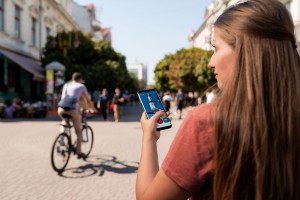 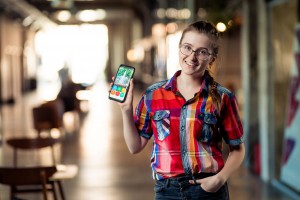 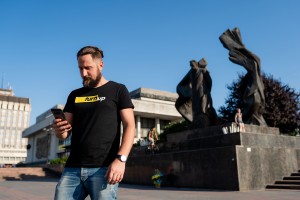 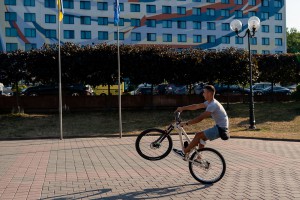 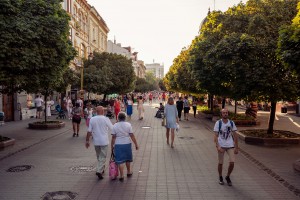 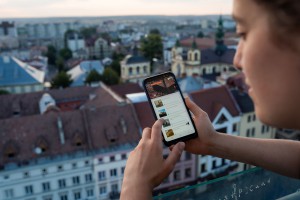 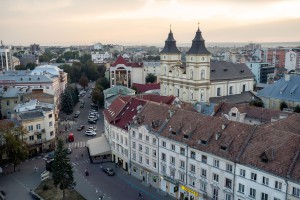 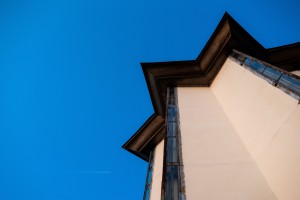