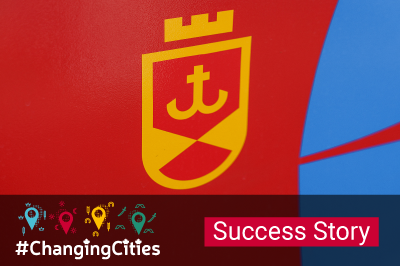 Effective democratic governance involves public reporting to community members by local governments on various aspects of their activities. Ukraine currently offers inadequate opportunities for the public’s right to information about the budget. l Local governments publish drafts of their financial decisions, but the public has almost no say in local budgeting and reports on spending and the implementation of budget programs are often too complex for the population at large. People often have no idea where their taxes go and thus are unable to assess the value and quality of social services funded from the local budget, or those of goods and services funded by the state. This situation called for greater transparency of the budgeting process to create more opportunities to protect social interests and reduce the probability of misuse of funds.

With the aforementioned in mind, the Local Budget Transparency Assessment Methodology was developed in 2017 to assist local governments with the implementation of open and transparent budget practices as part of the project titled “Public Budgets from A to Z: Awareness, Activation, and Involvement of a Civil Society”. The International Technical Assistance Project “Partnership for Local Economic Development and Democratic Governance” (PLEDDG) immediately joined in the process of assessing the openness of local governments: local budget transparency in 16 partner cities was already measured in 2018-2019.

“In 2019, 136 cities and communities of Ukraine were covered by the assessment. Because of this, public access to budget information is improving gradually. As residents become more involved in budgeting processes, their trust in the authorities also grows. It is equally important that risks of corruption are minimized and there is less room for shadowy practices. It is important to understand, however, that the Methodology itself was not developed for the sake of assessments alone. It is a complex diagnostic tool and its findings eventually crystallize into a roadmap for cities. It is no accident that the Methodology has so many assessment criteria: this encourages local governments to fix their mistakes gradually, one little step at a time. Effectively, assessment is undertaken to ultimately formulate expert recommendations upon which local government representatives can act. All transparency assessment criteria are also standards that every city should aspire to comply with as part of a gradual process. Therefore, the Methodology is a tool that brings us closer to a better vision of tomorrow,” says Anatoliy Boyko, Coordinator of NGO partner: “For Transparent Local Budgets!”

In other words, application of the Methodology involves performing the assessment itself, formulating specific recommendations for the relevant local government representatives, and acting on them. This not only enables communities to embrace transparency standards, but also creates positive competition among communities. Assessment focuses on three key parameters: openness of information, decision-making transparency, and innovative practices. Every stage of the budgeting process – from planning to reporting on outcomes – is subject to detailed analysis.

Vinnytsia is one of the Ukrainian cities that are often ahead of other communities in various areas, particularly when it comes to local government openness. In 2018-2019, the transparency of budgeting processes was assessed through the PLEDDG program. First, in 2018 Vinnytsia placed 5th in the national Local Budget Transparency Index, among 37 cities covered by the assessment campaign. In 2019, Vinnytsia’s index rose 18%, which propelled the city to the top of the list of PLEDDG partner cities in terms of budget transparency.

“For two years in a row I have been assessing budget transparency in Vinnytsia. It was apparent from the very outset that the level of access to the budgeting process in the city was quite high. City Hall representatives understood what kind of information should be made public, and few communities are capable of that. I have observed that in the space of two years the city has managed to further increase the level of accountability of city hall toward residents and more innovation to the budgeting process. Vinnytsia perfected the process of reporting on budget spending, improved the content of the budget section on the city hall website, and collected all information about the city’s utility companies on one page. They managed to introduce consistency: for example, draft budget decisions are no longer removed from the site, which enables visitors to track their progress and see how much time elapsed between draft submission and decision approval. Vinnytsia City Hall is trying to conduct all processes in a transparent and open manner. Vinnytsia is also doing the best job among PLEDDG partner cities in implementing the “Open Data Portal,” says Alyona Yehorova, Local Budget Transparency Assessment Expert.

In 2019, the budget transparency index of Vinnytsia was 70%. This figure indicates a high level of innovation. The city also attained a record budget information openness indicator of 94%. This means that the authorities instituted a consistent practice of timely and systemic publication of budget information throughout all stages of the budgeting process. Vinnytsia scored 100% on its level of openness in terms of two stages of the budgeting process: budget drafting and reporting on budget implementation. The official website of Vinnytsia City Hall published a full and timely forecast of projected revenue and expenditures, a city development strategy, a socio-economic development program, quarterly and annual reports on budget implementation, as well as the implementation of budget program manifests.

Vinnytsia scored 65% in terms of the transparency of the budget decision-making process. The city got a multi-party advisory group fully involved in the budgeting process, which currently represents the best transparency practice among all PLEDDG partner cities. Vinnytsia is the only city to fully publish reports on the outcome of the budget implementation effectiveness assessment. It is also the only city to have fully embraced the practice of publishing reports on local budget spending in an electronic format. Vinnytsia is also one of the few regional centres that publishes the widest possible scope of information about operations of utility companies.

“The use of innovative practices in the budgeting process of the Vinnytsia United Territorial Community has not attained a high level yet, so there is room for improvement. In the immediate future we plan to expand the “Community Budget” section, create an online platform for budget visioning, supplement the Budget Regulation of City Hall with a section titled: “Procedure for Involving the Public in the Budgeting Process”. We will also hold public hearings on indicators of the draft budget before the draft decision on budget approval is published. We are working actively to implement the recommendations issued by experts based on the outcomes of the 2019 assessment. Most of the critical comments have already been acted upon. We will continue our efforts to make information about the budgeting process more accessible to the public. We are studying the positive experience of other territorial communities of Ukraine in matters of budget transparency,” says Natalia Lutsenko, Director of the Finance Department at Vinnytsia City Hall.

The outcomes of the two-year assessment of budget cycles in 16 PLEDDG partner cities reflect a positive trend: the number of cities with a high budget transparency index has increased from two to six. Cities and communities have started filling the budget section of their websites with content and are collecting and structuring the relevant data. There has also been a significant increase in the number of public reports on budget spending. The practices and policies of local governments require ongoing improvements. However, since budgeting is a highly conservative area that resists dynamic change, the transformations that have already taken place can be considered a positive result. Government representatives in some of the communities clearly see that openness, particularly budget openness, is necessary and helps establish an effective dialogue with residents.