Horishni Plavni: Union of Exporters Manufacture Unique Products in Ukraine and Supply Them to Foreign Markets 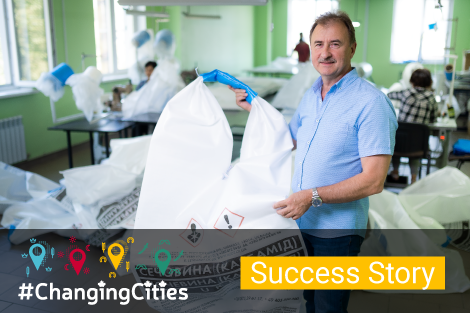 When the armed conflict broke out in Ukraine’s east several years ago, many Ukrainian businesses saw their foreign sales markets shrink considerably. This affected not just the geopolitical situation but also the wellbeing of employees of Ukrainian enterprises. Among them were thousands of residents of Horishni Plavni, who produced woven and knitted garments. To compete effectively in foreign markets, local business people needed to bring about meaningful transformations. In 2017, with support of the Partnership for Local Economic Development and Democratic Governance international technical assistance project (“PLEDDG”), local entrepreneurs formed the Union of Small and Medium-Sized Exporters, which pools and steps up the efforts of the local business community in their aim to expand to new foreign sales markets.

Establishment of the Union was provided for in the Program to Promote Horishni Plavni products in Foreign Markets, which was also developed under the auspices of PLEDDG. The Union is committed to boosting the competitiveness of small exporters by establishing ties with foreign partners, assisting them with participation in international tenders, and mobilizing resources for the development of exports.

At the initiative of the Union of Small and Medium-Sized Exporters Ukraine’s first training and production center has been formed in Horishni Plavni within the framework of PLEDDG’s SME Development Support Fund. The center specializes in retraining seamstresses and seamsters to make “big bags” – soft industrial packaging. The launch of the center helped revitalize the local garment manufacturers and diversify the town’s economy.

“At a certain point, the situation in the labor market of Horishni Plavni was such that the majority of people involved in the production of woven and knitted garments found themselves out of a job. A need arose to retrain staff for a different line of work. We conducted a marketing study, analyzed the competitive field, and realized that Poltava Region has not a single enterprise that would manufacture industrial packaging known as ‘big bags’. Meanwhile, almost a million such big bags are used in the region annually. “Hence the decision to establish a training and production center where seamstresses and seamsters could be retrained,” says Oleksandr Popov, chairman of the supervisory board of the Union of Small and Medium-Sized Exporters.

The training and production center was established and equipped owing to coordinated efforts by members of the Union of Exporters: the premises were provided by the company Horishni Plavni; renovations were performed with the help of individual entrepreneur Pavlysh and the company OFFER UA; transportation services involving delivery of construction materials were provided by Kashkan LLC; additional equipment was manufactured by individual entrepreneur Zhyvnariov. PLEDDG also purchased a set for production of big bags and packaging equipment via a grant provided within the framework of the SME Development Support Fund.

The Union works closely with the Employment Center to select candidates for retraining. As of January 2020, nearly 40 people successfully completed their training and acquired a new skill, and roughly 30 of them have remained to work at the training and production center.

“I am very glad to see new job opportunities appear in my native town in my line of work. I studied at the training and production center and ended up working there. This job is valuable for me and my family both from the economic perspective and seeing how we can live together without looking for income abroad,” says Anna Taranenko, seamstress at the training and production center in Horishni Plavni.

“We are actively working to boost the competitiveness of our products. An essential cost driver of big bags is the rate at which they can be produced, which means that we need highly skilled workers. It used to take seamstresses at the training and production center six minutes to make one big bag, but now this process takes half the time. We have also recently upgraded the center’s equipment: we have bought additional equipment that enables us to work faster and deliver better quality,” says Vitaliy Myakinin, director of Partner Tex LLC.

The synergy of efforts has translated into significant progress: big bags made in Horishni Plavni are compliant with international quality standards. The current output capacity of the training and production center is 50,000 units per month. At the start of the summer, they finished testing high-durability big bags at Kremenchuk Carbon Black Plant. Prior to that the center signed an export contract with a Bulgarian company, and this cooperation is gaining momentum.

“We have several partners throughout Ukraine, the biggest one being Chemtrade LLC – the official representative of Cherkasy-based Azot PJSC, the number-one manufacturer of nitrogen fertilizers in Ukraine. Another returning customer is INTERVYBUKHPROM Enterprise with Foreign Investments PJSC.

As for foreign markets, in 2020 we plan to ship close to 50,000 big bags to the company RUA Bulgaria, and we are currently actively working to expand our international contacts,” Mr. Popov adds.

By supporting such initiatives as the launch of the training and production center, PLEDDG helps to create growth points in cities, which set an example for others and contribute to local economic growth. Future plans of the Union of Exports include finding new partners and sales markets, improving the product marketing system, and increasing the number of jobs. The retraining program continues to enroll garment industry professionals and unlocks new employment opportunities for them. The enterprise in Horishni Plavni is gradually turning into a cohesive and well-coordinated business, gaining competitive advantages in domestic and foreign markets, helping local residents fulfill their potential and work for the benefit of their country.

Six business associations have been formed to date under PLEDDG auspices: the Ukrainian Organic Cluster, the Association of Hoteliers and Homestead Owners of Yaremche Region, the Union of Small and Medium Exporters, the Union of Social Enterprises of Ukraine, the Women in Business Ukrainian Platform, and the Melitopol Cherry Growers’ Association. 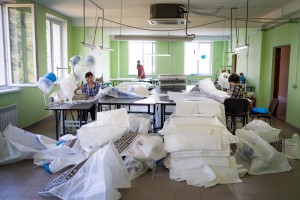 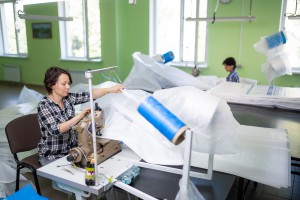 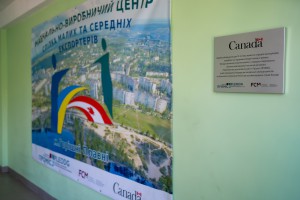 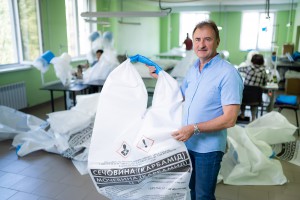 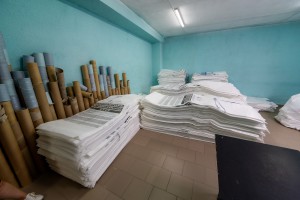 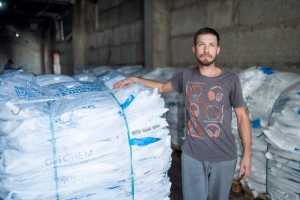 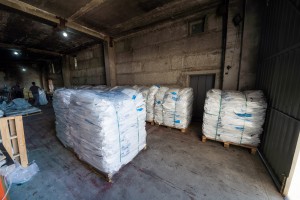 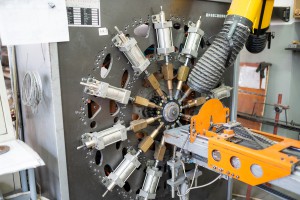 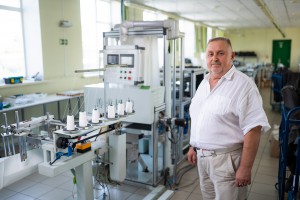