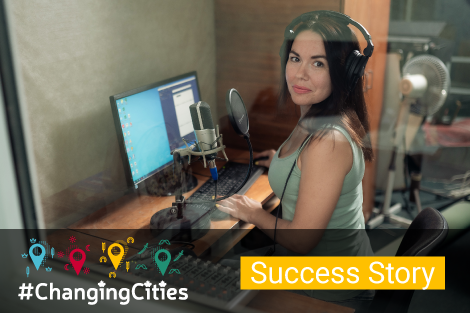 Traditional mass media are rapidly transforming in Ukraine much like elsewhere in the world, as online resources — and social networks in particular — are expanding their share of the media market. Yet radio still remains hugely popular, with more than 90% of Ukrainians relying on nationwide radio stations and over 22% on regional radio stations for news coverage in 2019 . Previously, the decades old, legacy wired radio network used to account for a substantial share of radio broadcasts received by households in Ukraine, but demand for wired broadcasts shrunk once and for all in the face of rapidly evolving new technologies.

Myrhorod is a city with a population of about 40,000 and currently has fewer than 400 subscribers who rely on these wired broadcasts. This data transmission format has been altogether abolished in the surrounding villages. This has cut off village residents, especially the elderly who are accustomed to receiving news on the radio, from a vital source of information. The situation with local radio broadcasts in Myrhorod has been successfully resolved with the support of the Partnership for Local Economic Development and Democratic Governance (PLEDDG) project implemented by the Federation of Canadian Municipalities with the financial support from the Government of Canada. Since June 2020, citizens can tune in to listen to Myrhorod FM.

“The wired radio network in Myrhorod was damaged and rather obsolete. Over the past five years, the radio network has been gradually shut down in all surrounding villages. Yet demand for this type of communication channel has remained, as the community has regularly petitioned for radio broadcasts to be resumed. Similar petitions were also filed by people’s representatives, who emphasized that many elderly people do not have Internet access, and their informational needs go unmet. We realized that restoring wired broadcasts would no longer be feasible, so in 2018 we approved a decision to switch to FM broadcasts,” says Oksana Holub, Head of Economic Forecasting and Tourism Department at Myrhorod City Hall. 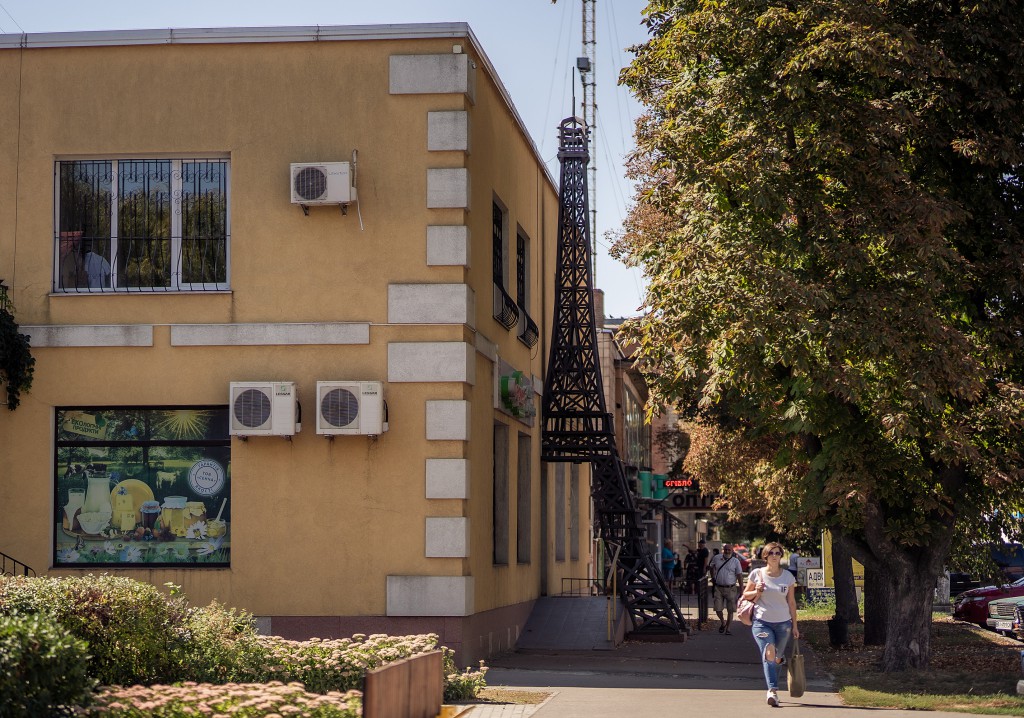 The idea took two years to bring to life, most of which was spent obtaining a relevant license from the National Council of Television and Radio Broadcasting of Ukraine. The radio station was launched on the premises of the local Myrhorod TV studio, with PLEDDG financing the purchase of the appropriate equipment, including a modern 100 watt solid-state transmitter that was successfully integrated into the broadcasting system. Now Myrhorod FM broadcasts are aired daily at 7 a.m., noon, and 5 p.m. at 96.9 MHz.

“The Myrhorod FM Station covers a territory of some 314 square kilometers, which is enough to cover the city and the 11 nearby villages that will be soon officially combined into a united territorial community. We have three daily broadcasts, each lasting one hour. Under the terms of the license, we devote the rest of the air time to broadcasting the signal of the radio station of the Ukrainian Ministry of Defense called Army FM. As part of our news and analytical programming during Myrhorod Radio broadcasts, we cover local news, the weather forecast, air our This Day in History broadcast, and play modern Ukrainian music,” says Yevhen Osheka, director of Myrhorod FM.

In addition to solving the problem of keeping the community fully informed at all times, the launch of the local FM radio station has filled the gaps in communication with the local authorities. Now residents of the city and nearby communities in Myrhorod District can learn the latest news free of charge and receive the latest information about crucial decisions of the city authorities.

“I’m very happy with our new radio station. I learned about it from neighbors. Now I tune in to listen to the news on a daily basis: I want to stay up to date on what’s happening all around. I like it that they clearly address the highlights, focusing on our region,” says Volodymyr Boyko, a native of Myrhorod. 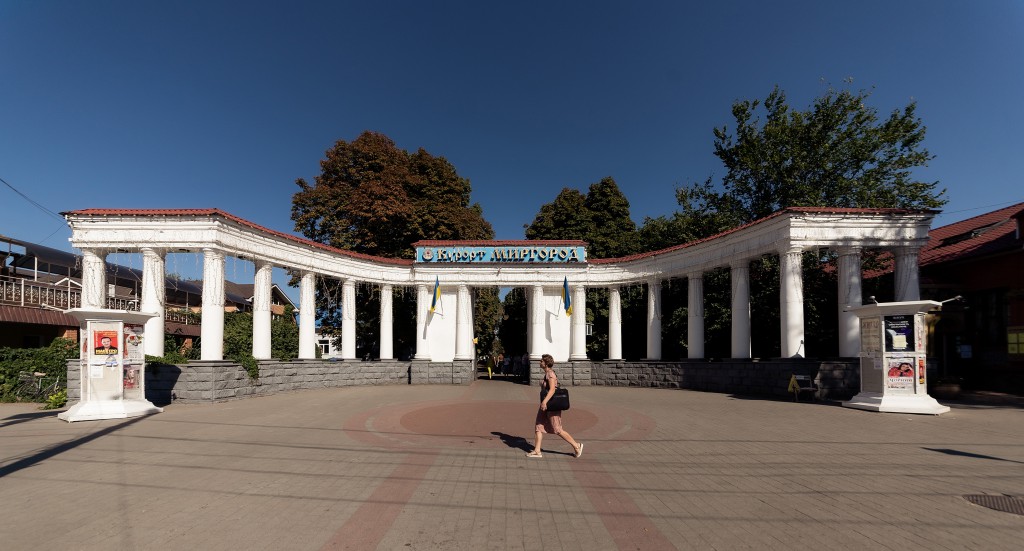 The Myrhorod Radio Station also helps accomplish the goals of the Myrhorod Subregion Sustainable Development Strategy previously developed under PLEDDG auspices. The local TV studio has been entrusted with a fair share of activities aimed at promoting the region’s resources, local economy and investment potential. Hence the need to prepare high-quality marketing materials that would convey the image of Myrhorod as a city with engaged citizens and diverse attractions and resources beyond its reputation of a resort town and mineral water producer. Under PLEDDG, the Virtual Tour of Myrhorod has been supplemented with aerial panoramic views. Also, a number of videos have been recorded for the local TV studio, which can now use high-quality photos and videos of the city in their televised coverage.

“We unlock the potential and promote the image of the subregion in a phased manner using various tools. Our invariable priority is that we strive to be as open to the community as possible and look for new opportunities to make information even more accessible. We regularly update the city hall website, promptly publish drafts of all resolutions of the executive committee and city hall sessions, and stream meetings online. The Myrhorod FM radio station has become our yet another effective assistant in our community outreach,” Oksana Holub adds.

Assistance provided by PLEDDG as part of the Democratic Governance and Development Initiatives Support Fund has made it possible to expand the information space of the Myrhorod subregion and raise public awareness about important issues of local development and activities of local government. Diversified channels for accessing public information optimizes the openness of government and promotes a constructive dialog with the community.