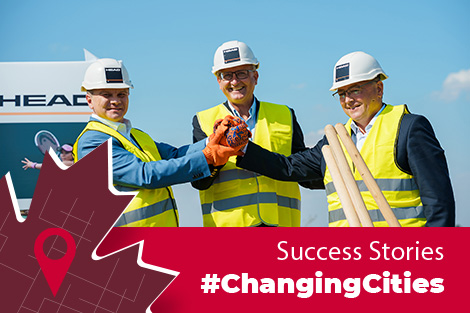 In 2019, Vinnytsia continued to retain its position as one of the leaders in the Investment Sector Transparency Ranking of 100 Ukrainian Cities published by the Ukrainian office of Transparency International. Direct investments in the city’s economy amounted to USD 143.2 million as of October 1, 2019, according to the Vinnytsia Region Central Statistics Directorate. Investments came from 48 countries. In 2018, Vinnytsia was named the most comfortable Ukrainian region for doing business in a rating published by the Better Regulation Delivery Office (BRDO) and the Union of Ukrainian Entrepreneurs. The business environment is improving, among other things, because of the PLEDDG Project that supported the creation of a Program to Promote Investment Attraction in the Vinnytsia City Amalgamated Community in 2018-2020, the Investment Passport of Vinnytsia, the Invest in Vinnytsia web-portal, as well as the city’s marketing strategy and brand.

Vinnytsia is the centre of a modern region with a vibrant growing economy that enjoys a series of market advantages: long-standing industrial traditions, a vast utility and transport infrastructure, extensive educational resources and academic institutions specializing in information technologies, engineering and health care. The road and rail networks connect the regional centre not just with all regions of Ukraine and the capital city but also with sea ports of the Black Sea and the Sea of Azov. Vinnytsia also sits at the intersection of two European thoroughfares, E50 and E583. The amount of investments attracted by the region and the city is growing with each passing year: at the beginning of 2019, investments in fixed assets in the region rose by 42% from the corresponding period in 2018. It is with this in mind that the city councilors have been actively working over the last few years to attract investors and develop the manufacturing industry.

The Vinnytsia City Amalgamated Community is witnessing ongoing and vibrant economic development. These are fruits of consistent efforts planned back in the Vinnytsia-2020 Development Strategy. The local authorities continue implementing projects aimed at creating a comfortable environment for investors in addition to implementing new activities and developing modern support tools for them.

‘Vinnytsia offers ready-made investment solutions and provides full support to the investor from the time of the first contact until the launch of a full-fledged business. Cooperation is made convenient by the synergy and coordinated activities across different levels. The city authorities are effectively cooperating with Vinnytsia Regional State Administration, utility companies, representatives of the academia and the public. The Vinnytsia City Integrated Development Concept 2030 states that ‘Vinnytsia is a city where young people, professionals, scholars, business people and tourists want to stay’ and we are working toward implementation of this vision’, says Vitaliy Pohosyan, director of the department of economics and investments at Vinnytsia City Hall (he held this position in 2015-2019).

The Program to Promote Investment Attraction in the Vinnytsia City Amalgamated Community in 2018-2020 approved by Vinnytsia City Council in late 2017 outlines three priority objectives: development of an industrial park, a refrigeration equipment cluster and an innovative technology park. Vinnytsia is the first Ukrainian city to have begun implementing methodologies and standards not only for attracting investors but also supporting them, which is currently an essential requirement and successful practice in many countries. PLEDDG support made it possible to formulate a systemic approach toward management of investing activities, which in turn helps to tap the city’s existing potential and is consistent with the dictates of times.

Vinnytsia City Council jointly with the PLEDDG Project developed the Investment Passport of Vinnytsia as part of program implementation with a view to promote the city and shape its positive investment image. PLEDDG Experts also provided assistance with formulating the specification of requirements and developing the concept for the Invest in Vinnytsia investment portal, which is a key marketing tool designed to shed light on investment opportunities in Vinnytsia while promoting the biggest advantages of the region and showcasing current investment proposals. The web-portal content is currently being created: there are plans to turn it into a mobile and interactive mechanism for interacting with potential and existing investors, particularly owing to a city map showing investment proposals and available infrastructure.

‘The city’s investment passport is intended for potential Ukrainian and foreign investors with whom the city would like to cooperate. Its key task is to show the appeal of the region at the initial stage of relations with the investor. Other tools come into play afterwards: an investment portal, the ‘investor’s guide’, etc. As the passport was being prepared, PLEDDG experts helped us structure the document and then made meaningful proposals regarding the style of presentation of information and content. They also funded the printing of the first 1,000 copies of the investment passport of Vinnytsia’, Vitaliy Pohosyan adds.

In recent years Vinnytsia performed exceptionally well when it came to attracting investment. In 2017, the state company Electric Systems in cooperation with the US corporation Delphi opened a plant that makes components for the Mercedes-Benz automotive group. The plant officially employs close to 1,500 workers.

Another milestone event happened in the city’s economy in April 2017: the industrial park called ‘Vinnytsia Refrigeration Equipment Cluster’ was created over an area of 19.27 hectares at the initiative of Vinnytsia City Council and Ukrainian Beer Company PrJSC. Its management company – Industrial-Investment Company LLC – was selected in July 2018 in a public competitive bidding process.

A Green Cool plant of UBC Group became the first enterprise to launch its operations within the industrial park. It opened officially in early September 2018. UBC Group is one of the largest manufacturers of industrial refrigeration equipment in Eastern Europe with a market history of over 20 years and customers in almost 120 countries, including such famous brands as Coca-Cola, Pepsi, Carlsberg, Heineken, AB InBev, SABMiller, Molson Coors, Nestlé.

The Green Cool plant has become an additional factor contributing to the city’s image. UBC Group is operating on almost all continents, which is why other companies will also learn about Vinnytsia as a comfortable place to invest. The plant currently employs 500 people. New employees are being hired, and there is demand for qualified personnel and engineering specialists. Green Cool actively cooperates with universities and hires young professionals for its team through Open House Days and Career Days. There is a vacant lot next to the plant, which also belongs to the refrigeration equipment cluster, and the City’s economic development team is promoting it together with the management company.

One of Vinnytsia’s latest successes in developing its manufacturing industry is the opening of Ukraine’s biggest solar panel plant of KNESS Group in February of this year. It will employ close to 150 people.

The key objectives of the Vinnytsia City Amalgamated Community for the current year include construction of the second stage of the Green Cool plant, expansion of production at the state company Electric Systems, construction of utility lines and roads to the Vinnytsia Industrial Park and luring new investors. Plans for 2019 also include retrofitting the building of the former Crystal plant that will house the Vinnytsia Innovative Technology Park, as well as approving its concept.

In May 2018, Vinnytsia City Council, the Vinnytsia Regional State Administration, the Vinnytsia Municipal Center for Innovations, and HEAD International Holding, GmbH inked a memorandum of understanding regarding construction of a plant to manufacture winter sports gear in Vinnytsia. In 2019, HEAD Vinnytsia initiated the creation of the Winter Sport industrial park that was included in the Register of Industrial Parks of Ukraine in October 2019. The industrial park occupies an area of 25 ha and has been established for a period of 50 years. HEAD is planning to begin construction of the plant in 2020. Preliminary estimates indicate that this will create close to 1,000 new jobs.

One of the key objectives of the Vinnytsia City Amalgamated Community is to build utility systems and roads to industrial parks of the city, attract new investors to parks, and turn them into appealing venues where new and modern production facilities can be set up.

One of the centerpiece projects that the city authorities are working on involves creating a municipal innovative technology park that will provide a support ecosystem for private enterprise, startups, and R&D efforts. To this end, in October 2019 a session of Vinnytsia City Council approved the development concept for the Crystal Innovative Technology Park. There are plans to renovate premises that will house the new park.

In order to further boost the investment appeal, City Council approved the city’s marketing strategy that was also developed with the involvement of PLEDDG. Its active implementation through an integrated approach to promoting the territory’s brand, promoting the Vinnytsia City Amalgamated Community and developing tourism is planned for 2020. They expect this to shape the unique image of the Vinnytsia as a region of sustainable leadership: innovative, tolerant and balanced.

By supporting the development of strategic programs and essential city promotion tools and helping implement new standards for attracting and supporting investors, the PLEDDG Project made a hefty contribution to boosting the investment appeal of Vinnytsia. Implementation and use of innovations help to portray Vinnytsia as a city where investing is worthwhile and comfortable. 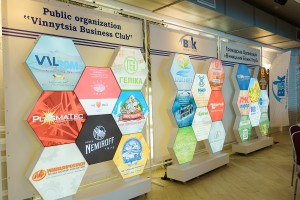 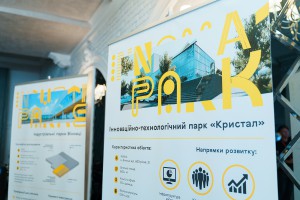 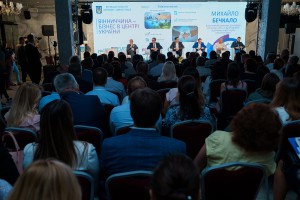 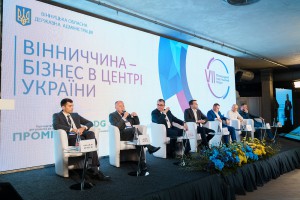 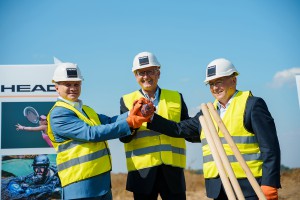 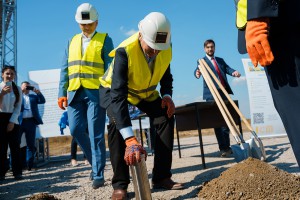 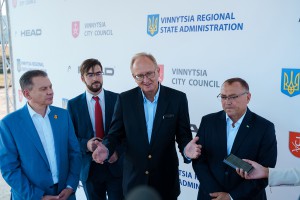 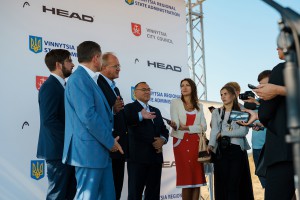 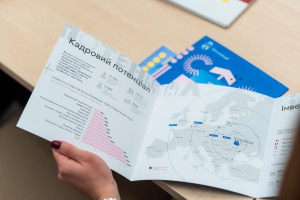 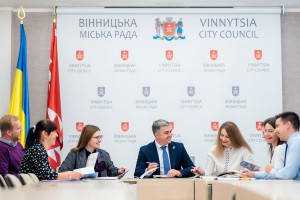 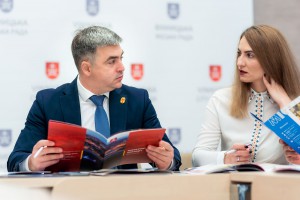 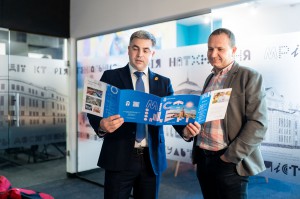 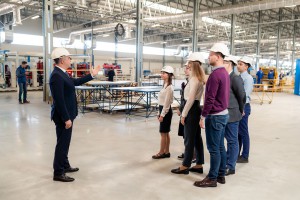 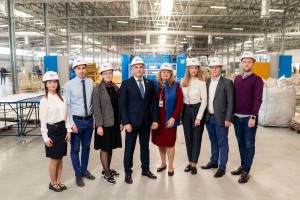 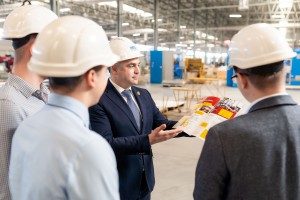 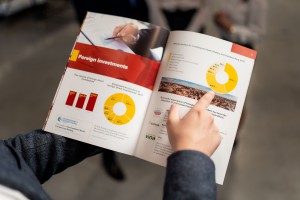 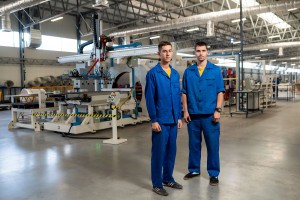 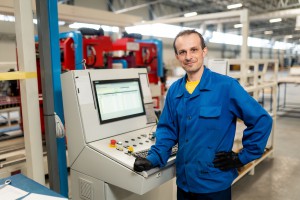 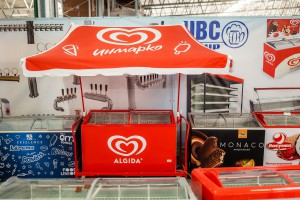