The Third Ukraine Reform Conference took place on July 2-4, 2019, in Toronto, Canada. It is an annual international event dedicated to an expert discussion on the progress of Ukrainian reforms and the further priority steps and prospects. The Government of Ukraine is responsible for annual organization of the Conference. The two previous conferences were held in such European capital cities as London (2017) and Copenhagen (2018).

This time, the event brought together Canadian (Prime Minister of Canada Justin Trudeau, Canada’s Minister of Foreign Affairs, The Honourable Chrystia Freeland) and Ukrainian top officials (the President of Ukraine Volodymyr Zelensky, the Vice-Prime Minister of Ukraine Hennadii Zubko, Acting Minister of Healthcare of Ukraine Uliana Suprun), top-level businessmen, representatives from the EU Member States, NATO, G7, civil society leaders, and foreign and Ukrainian journalists. The Conference became a discussion platform for support of implementation of Action Plan of Ukraine for 2017–2020, an ambitious mid-term reform roadmap in the context of Euro-Atlantic vision of Ukraine. The key points on the conference’s agenda were irreversibility of Ukrainian reforms, opportunities, efficiency and results of the decentralization reform, Ukraine on its EU-integration path, as well as innovations and investment opportunities in Ukraine.

Since July, Ukraine Reform Conference in Canada has continued its activity in Ukraine House, Toronto. The participants were offered more opportunities to learn about business and investment prospects in Ukraine and about products of Ukrainian creative industries.

24 Ukrainian mayors and heads of amalgamated territorial communities took part in the Conference as part of their study tour to Canada. It was organized with a view to show the Ukrainian municipal officials the Canadian experience of local self-governance (here you can find the list of the study tour participants). This study tour was arranged by the Federation of Canadian Municipalities (FCM) for the newly elected heads of Ukrainian amalgamated territorial communities and other delegates to the Ukraine Reform Conference in Toronto. It was coordinated jointly by such projects as DOBRE, DESPRO, PLEDDG, and U-LEAD and funded by American, Canadian, German, and Swiss governments. The Ukrainian delegation took part in some of the panel discussions, namely in “Decentralization in Action”. In the course of the session, they talked about power and resource transfer from central authorities to the self-governance level. Brok Carlton, Executive Director of the Federation of Canadian Municipalities, was moderating the panel discussion. In the course of it, Oleksandr Slobozhan, AUC’s Executive Director, stressed on that the main tasks at that stage included local self-governance capacity building in order to ensure that local bodies were able to provide high quality services for their citizens. Besides, he reported that AUC, in order to achieve that aim, closely cooperated with PLEDDG Project through creating a range of strategies such as city development strategy and local economic development strategy, branding and marketing strategy, as well as the programs for professional development of local officials, and carrying out strategic ecological assessment of urban development (for more information, please, click here).

As a post-conference event, the study tour team visited two Canadian municipalities. Firstly, they went to the Municipality of Chatham-Kent, consisting of seven settlements that united in 1998. It is situated in Southwestern Ontario, not far from the border with the United States of America. The municipal authorities of Chatham-Kent officially declared the day of the Ukrainian delegation’s visit to be the Day of Ukraine, during which the official meetings with local governance officials and Ukrainian expatriate community as well as some solemnities were held. In Chatham-Kent, the Ukrainian delegation learned how local community actively encouraged development of entrepreneurship and tourism. The second municipality the Ukrainian delegation visited was Prince Edward County, situated in the province of Ontario on the banks of the eponymous lake. The County Council’s structure was formed in 1998 after amalgamation of the County and ten towns, villages, and settlements (for more information on the visit, please, click here). The Ukrainian delegation members visited local infrastructural facilities, local business hubs, and cultural heritage places.

An insight into Canadian municipalities enabled the Ukrainian delegation members to adopt the best local self-governance practices and an opportunity to apply new managerial approaches to the development of their territories. 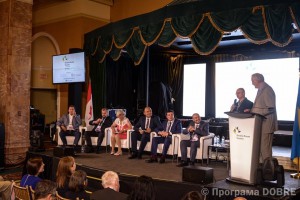 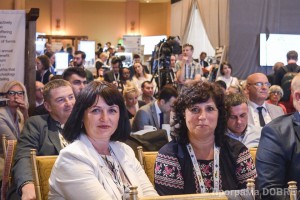 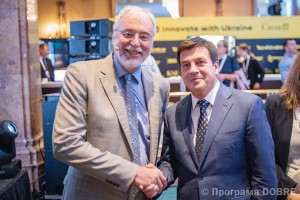 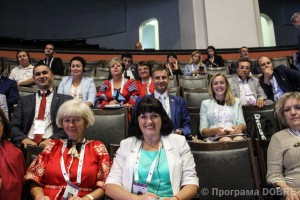 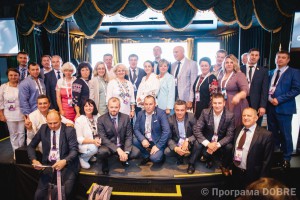 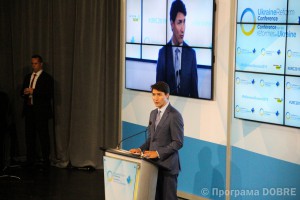 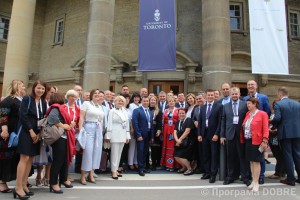 END_OF_DOCUMENT_TOKEN_TO_BE_REPLACED

How to implement strategic environmental assessment in regional and municipal economic planning. Canadian experience and support.