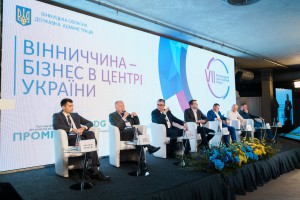 Today, Vinnytsia hosts the VІІ International Investment Forum “Vinnytsia Region – Business at Heart of Ukraine”. Representatives from Ukraine, the Netherlands, Kazakhstan, Moldova, Poland, China, Norway, Belgium, and Canada are attending the event. After its opening and welcoming speeches, the visits to KNESS PV factory, LetyShops company, and “Barlinek Invest” LLC took place. Besides, the forum participants are going to visit the groundbreaking ceremony symbolizing the construction of a new plant of HEAD company.

The investment forum has become a platform for active business communication for the seventh time. The region and city executives gave their welcoming speeches in the event’s opening part.

«For the last three years, the Investment forum had been referred to a “small Podil Davos”. Organizing this event, we wanted to create a platform where representatives of businesses, public bodies, and community could communicate about laying the groundwork for investment attraction to Vinnytsia region. The feel-good factor of the city, thanks to Mayor Serhii Morhunov and its team, is a factor of Vinnytsia’s competitiveness. Today we are going to witness the symbolic groundbreaking for construction of HEAD company’s new plant. This is also the result of our previous forum activity. We rely on that the investment forum will give our region a powerful impetus to development. I reckon we will have a very interesting discussion today. It is absolutely naturally that such event sparks such a great interest. This year we have made efforts to scale up the discussion: we want to introduce a separate panel dedicated to the issues of renewables, and a separate panel on IT-sector development, specifically in Vinnytsia”, – Head of Vinnytsia Regional State Administration Valerii Korovii said. 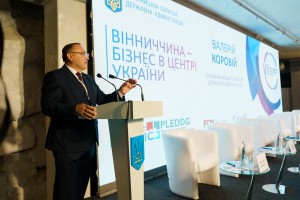 “If local governance bodies do not create required comfortable conditions for business activity in any sector, then such business will not develop properly. For over several years we have achieved a real result in terms of investment climate improvement, including the one based on the outcomes of such economic forums. For the last four years three powerful enterprises have been opened in Vinnytsia. And today we are laying a symbolic capsule for the beginning of construction of the new plant of HEAD company, a world leader. This will also contribute to additional investment activity of our region in the same way as the presence of such “anchor” enterprises as KNESS, UBC Group plant, and DELPHI in our territory does. The task for the authorities is to create comfortable conditions for business. Today we have good positions: last year Vinnytsia took the first place among 100 Ukrainian cities in the national Doing Business and investment attractiveness rating. It is the result of synergy and cooperation with representatives of small and medium businesses, local governance bodies, and various NGOs interested in our city capacity building”, – Vinnytsia Mayor Serhii Morhunov said.

Serhii Morhunov added that it was very important to build economic capacity for local governance bodies, as it was stipulated in the 2030 Vinnytsia Integrated Development Concept. “Generally speaking, city economy is a key to territorial community successful development. Speaking about 2030 Vinnytsia Integrated Development Concept, which we elaborated together with GIZ, it focuses on that Vinnytsia should be a competitive city on the map of Eastern Europe. We do make a lot of efforts to put these intentions into practice”, – Serhii Morhunov says.

Such issues as new investment opportunities in Ukrainian regions, export promotion mechanisms, new opportunities for Ukrainian enterprises, and renewables were discussed at the forum. The participants also talked about industrial parks and the most advanced way of Vinnytsia development; processing industry as a driver of Vinnytsia region development (the experience of oil-fat industry and its use for stimulating economic growth both of the region and Ukraine). Besides, the topics included: “AGRANA Fruit Ukraine” as the first foreign investment company which both develops and reinvests”; “IT industry of Vinnytsia region as one of the key technology center in Eastern Europe, challenges and prospects of development”.

Deputy Mayor Vladyslav Skalskyi reported on Vinnytsia industrial park. “It is a good thing that we have such an opportunity to show the potential both of the city and of the people living here. Just to compare the number of salaried workplaces in 2018 and 2017, the increment is more than five thousand. This result shows the potential the territory has, – Vladyslav Skalskyi said. – The municipal authorities pay much attention to development of infrastructure for investment attraction. Industrial parks make it possible to use the investment attraction formats which are traditional for developed countries and to concentrate industrial production facilities outside the historical center and residential areas. There are two industrial parks in the territory of our city: Vinnytsia industrial park and Industrial park “Vinnytsia Cluster of Refrigeration Engineering”.

For January-June 2019, Vinnytsia enterprises sold industrial production (works, services) for 17.35 mln UAH, which makes up 41.4% of the total regional volume.

In the first half of 2019, new facilities of “Ness Estate” LLC were launched, and now it is the largest plant in Ukraine specializing in manufacturing of solar panels. The Memorandum was signed with “Ukro-expertpostach” LLC on construction of lecithin production plant in the territory of Vinnytsia industrial park, and now the works on engineering and transport infrastructure are being held there. Implementation of the investment project on construction of new plant specializing in sports equipment manufacturing (“Head Vinnytsia” LLC) has begun. 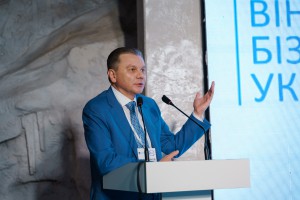 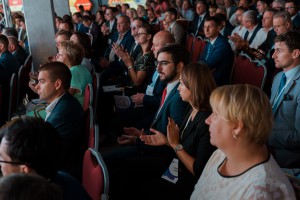 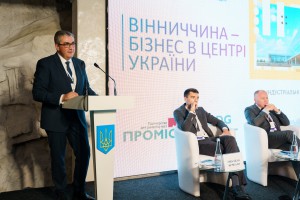