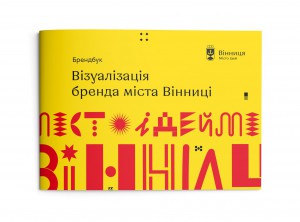 On June 26, members of the City Council have approved the brand book Brand Visualization of the City of Vinnytsia, a manual on the usage of the brand style which describes the visual style of Vinnytsia. The document describes the brand concept of Vinnytsia, guidelines for the use and placement of the city’s visual identity. It includes the logo, fonts, colors, placement rules, and more. It also shows examples of branded brochures, books, cards, t-shirts, notebooks, touristic tablets, gadgets etc.

A little more than a year ago, on May 18, the concept of the Vinnytsia brand, which reflects the modern image of the city, was presented to the public. Then, the mayor Serhiy Morhunov and branding specialist Andriy Fedorov presented to the citizens and guests of the Europe Day a new identity of the city with the slogan City of Ideas. Since then, Vinnytsia entrepreneurs have already tried adopting the Vinnytsia style, which resulted in creative and original design options that positively stand out among other design solutions. This allows to bring the Vinnytsia-made goods into a different quality segment that is easy to identify in the foreign market, as confirmed by the positive feedback from across the country and abroad. At the same time, various options were developed for branding souvenirs and promotional products, which were presented to official delegations and participants of tourist and promotional events

“The Brand Visualization of the City of Vinnytsia brand book is a visionary, holistic idea, which is the basis for the communication of the city with the world. The core categories the brand is built upon are the icons of the city, its identity, and its image. The concept of territorial branding is directly linked to investment attractiveness, tourism development, urban planning, promotion, and marketing,” says Oleksandr Vesheleni, Director of the City Marketing and Tourism Department at Vinnytsia City Hall, “The Vinnytsia city brand was developed on the basis of the Marketing Strategy, which was created after getting the feedback of Vinnytsia residents: business people, government authorities, the civil society, academia, artists, and international experts. The core of the visual style is the logo based on the city’s coat of arms, the City of Ideas slogan, and the bespoke fonts created for the city.”

The Brand Visualization of the City of Vinnytsia brand book was developed by the Vinnytsia City Council using the style guide created by the Fedoriv company with the support of the international technical assistance project, Partnership for Local Economic Development and Democratic Governance (PLEDDG) which is implemented by the Federation of Canadian Municipalities (FCM) and funded by the Global Affairs Canada.

The brand book emphasizes that Vinnytsia is a city of ideas, opportunities, comfort, and travel. It explains how to utilize the identity elements and avoid mistaking them for the official symbols of the city. A section of the brand book is dedicated to fonts, of which four kinds have been developed for the city of Vinnytsia, three text fonts, and a decorative one. In terms of colors, the brand palette of Vinnytsia consists of 9 colors that combine harmoniously. It also includes additional graphical elements (primitives) as special parts of the style.

Oleksandr Vesheleni added that all of the necessary elements, as well as the brand book, were published online at https://brandbook.vinnytsia.city so that the Vinnytsia residents would be able to use them freely in their everyday lives. Commercial use of the brand book is permitted only to enterprises that work in the legal field, are socially responsible, and help form a positive image of the city.

“The brand book can be used, among others, to create street signs for businesses. Actually, I think that it is a great idea for the popularization of our city from the angle of Vinnytsia, a City of Ideas,” says the city mayor Serhiy Morhunov. 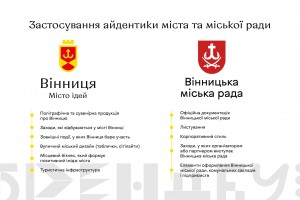 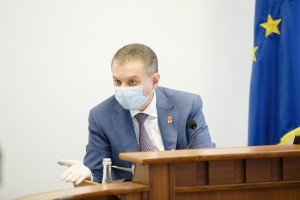 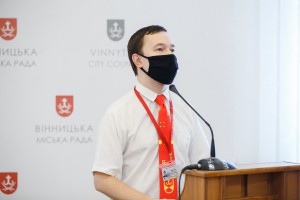