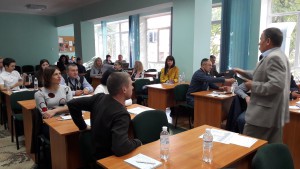 In September 2019, PLEDDG jointly with the Center for re-training and advance training of public officials, local governance officials, officials of state enterprises, institutions and organizations of Vinnytsia oblast held LED in Vinnytsia. Local trainers from National Academy for Public Administration under The President of Ukraine were invited to conduct the training.

The training was based on Professional Program of Advance Training for Civil Servants and Local Governance Officials on Local Economic Development, developed by PLEDDG experts in partnership with National Academy for Public Administration under The President of Ukraine and approved by the National Agency of Ukraine for Civil Service.

The LED training included 3 consecutive stages. The first stage, held on September 11-13, was dedicated to the fundamentals of local economic development, democratic governance and participatory democracy, and LED strategic instruments. During the second stage, on 18-20 September, the trainees studied LED tactical instruments, specifically, the role of investments in local economic development, and discussed the issues of local business support and creation of favourable business climate as well as the importance of the trained manpower for LED. On September 25-27, the third and final stage of the training was held, during which the participants were informed about specific features of marketing and branding of territories as well as about methods for LED financing and assessment.

It should be mentioned that PLEDDG is the first international technical assistance project which adapted its own training LED program to the requirements of the Ukrainian legislation on advanced training. This enabled the trainees to acquire the contemporary knowledge on local economic development and obtain the nationally recognized certificates. 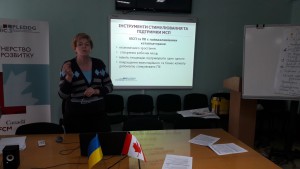 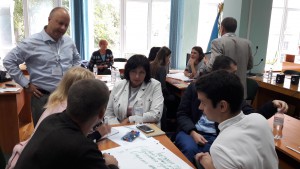 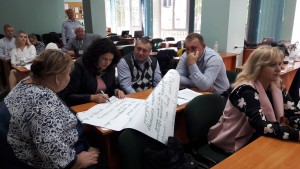