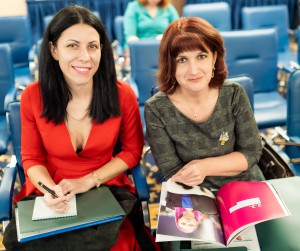 On December 12, with the support of PLEDDG and the Association of Ukrainian Cities, the Second All-Ukrainian Forum of Signatory Cities to European Charter for Equality of Women and Men ‘Methods and Instruments for Charter’s Principles Implementation’ was held in Kyiv.

The European Charter for Equality of Women and Men is a document that encourages local governments to use all the available tools to achieve equality among citizens.

In 2018, Vinnytsia, Zhytomyr and Irpin became the first signatories to the Charter in Ukraine. Today, the number of local government bodies that have joined one of the main documents on gender equality has increased to 62.

This year, along with the PLEDDG experts and representatives of Ukrainian cities, the event was attended by Donna Dasko, Senator, Canada and Sue Montgomery, the Borough Mayor, Côte-des-Neiges–Notre-Dame-de-Grâce, Montreal, Quebec, Canada.

Canadian participants paid special attention to the importance of a gender-oriented approach application and encouragement of women to participate in the economic life of the country. The representatives of the signatory cities presented their experience of joining the Charter. In addition, the development, implementation and monitoring of the action plan were discussed.