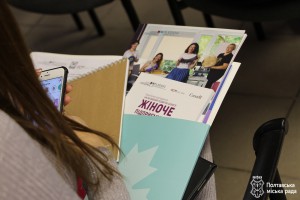 Modern society once again proves that there is no room for gender distinction in achieving success or career growth regardless of professional background, social status, wage level, or gender. Equality is gradually becoming an established axiom. Today this idea is being implemented at all levels of progressive global political practice.

On February 25, a working session of the Section on Equal Rights and Opportunities for Women and Men of the Association of Ukrainian Cities (AUC) started at Poltava Arts Museum. The meeting was aimed to consider and discuss gender equality issues in various spheres of social and political activity as well as to work out possible ways of addressing them in both national and international contexts.

Thus, Maryana Nikoula, PLEDDG Program Manager began by thanking for the initiative of holding the meeting in Poltava.

‘I am very grateful that the representatives of Poltava authorities with great enthusiasm and hospitality offered to hold this field meeting in this city, in the heart of Ukraine. It is gratifying that gender equality issues are now being implemented at the national and international levels. Of course, there are many obstacles, but also many positive changes. PLEDDG project develops local governance and works with 16 Ukrainian cities in four regions. We also actively support gender equality. Due to fruitful cooperation with various organizations, in particular AUC, we have expanded our activities in this direction. We used to concentrate on the promotion of small and medium-sized women entrepreneurship. Today we also support Ukrainian Women`s Congress and strengthen our capacities in this sphere’.

Deputy Mayor Tatyana Yurchenko welcomed guests and thanked the partners, PLEDDG experts, representatives of AUC for their help in organizing the event.

‘This event is significant for our city and is a result of proper planning. Today the idea of gender equality is enshrined at the state level. However, such meetings not only raise general awareness of this issue, but also enables deeper practical studying, exchanging of opinions, ideas, and solutions that will help to mitigate gender stereotypes at all governmental levels. We also plan to hold a dedicated forum that will address gender equality issues this summer, because international and national practices prove that the role of women in public and political life or in any other area is very important’.

According to Tatyana Yurchenko, there are about 24 million people of working age in Ukraine, including 16 million of women and 8 million of men. Only half of women currently have jobs. This indicator should be improved, because women constantly prove to the society that they are able to demonstrate excellent results and successfully realize themselves in various sectors of public and political life.

Randy Goulden, Councilor, City of Yorkton, Canada, noted that the purpose of her visit was not only to present the successful experience of her city, but also to learn Poltava or Ukrainian examples of effective work of women on gender equality:

‘I look forward to fruitful work in the framework of cooperation with the PLEDDG and the Association of Ukrainian Cities in the context of working with the Committee for Gender Equality. We have an excellent opportunity to discuss such pressing issues as gender equality in Ukraine and in each of our cities in particular. But most of all, it is important for me to hear about the work of the city and local women in this sphere, and about the practice of implementing various initiatives in other cities, in order to share this experience in Canada’. 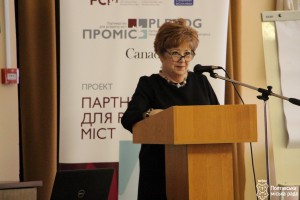 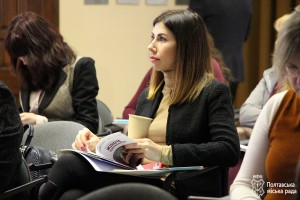 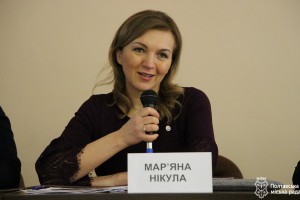 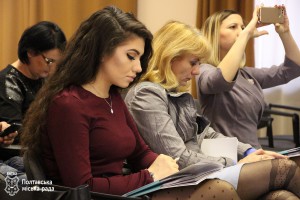 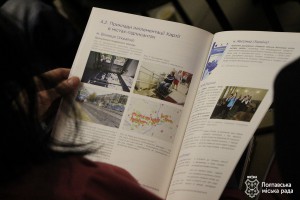 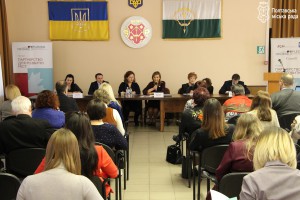